Don’t mess with the Jebs 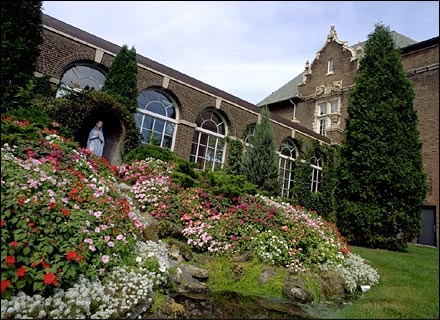 “In a decision that sets back Quebec’s efforts to strip religion from the province’s institutions, a judge has ruled that the government showed Inquisition-like intolerance in the way it imposed a secular ethics course on a private Roman Catholic school.

The ironic reference to religious zealotry in the pursuit of secularism came in a ruling that handed a victory to Montreal’s Loyola High School. The Jesuit boy’s school went to court for the right to keep teaching its ethics course from a Roman Catholic perspective.

In a decision handed down Friday, Superior Court Judge Gérard Dugré said that not only did Quebec violate Loyola’s religious freedoms by insisting it teach the secular course, but also it went about it in a “totalitarian” manner.

“In this age of the respect of fundamental rights, of tolerance, reasonable accommodation and multiculturalism, the attitude adopted by the [education] minister is surprising,” Judge Dugré wrote.

“The obligation imposed on Loyola to teach the ethics and religious culture course in a lay fashion assumes a totalitarian character essentially equivalent to Galileo’s being ordered by the Inquisition to deny the Copernican universe.”

I have a personal interest in this important decision. My father graduated from Loyola High School, and supported it for his entire adult life. I went there, too, for two wonderful years, with boys who came from all faiths. A Jesuitical education – as brief as it was in my case – deeply shaped my later views on politics, trade unionism, social justice and plenty of other subjects. For us, the Jesuits were the greatest teachers one could have.

Here, I suspect the unpopular Charest government’s target wasn’t actually the Jesuits, it was something else – a grubby, cynical manoeuvre to capture some xenophobic/Islamophobic votes. (The manoeuvre is not without its enthusiasts, unfortunately.)

In taking on the Jesuits in a “totalitarian” manner, however, the Quebec Premier has made a big mistake. The order has been around for centuries, and has seen many governments come and go. It won’t simply abide a ruling that requires it to denude itself, and its teachings, of any meaning.

I fundamentally believe in the separation of church and state, as regular readers will know. Most of the time, the threat to civil society involves religious figures attempting to impose the tenets of their faith on government. But, sometimes, it also involves government bureaucrats attempting to impose their misanthropy on religion. Neither should be allowed to stand.

What’s your view? Comments are open, as always. Keep it civil, please.