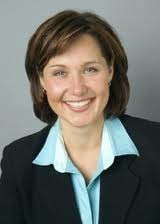 …she isn’t in the race, yet, but I’ve already heard from many folks – Libs, Cons, you name it – who would jump at the chance to help her.  I know I certainly would offer whatever help I could, in the leadership race and beyond.

Having heavyweights (and, full disclosure, longtime friends) like Messrs. Boessenkool and Marissen at the helm would be a huge asset for a Clark leadership bid, too.  Two of the smartest guys in Canadian poilitics, hands down.

“The most intriguing potential candidate remains politician-turned-radio host Christy Clark, who is also said to be seriously considering a run.

She would certainly add some glitz and sparkle to the campaign. During her three-year stint in government, where she was education minister and later minister of children and family services, she was known for possessing superb communication skills.

Ms. Clark also established a reputation for a highly partisan, sometimes confrontational style that made her no friends among teachers in the province.

She is said to have lined up one of the top backroom organizers in the country, Ken Boessenkool, to run her campaign. Mr. Boessenkool has close ties to the federal Conservative Party and Prime Minister Stephen Harper, whose successful 2006 campaign he helped mastermind.

Ms. Clark’s former husband, meantime, is Mark Marissen, a brilliant campaign organizer in his own right who would undoubtedly lend a hand. Her brother, Bruce Clark, is a campaign fundraiser for the federal Liberals and would have a Rolodex, one would think, that would come in handy when it came to raising money. While she is being pushed hard to run, Ms. Clark, a single mother, has apparently agonized over the decision because of the impact it would have on her nine-year-old son, Hamish.”

UPDATE: The fact that she is pictured here with my friend Joey can only be a good thing, in my geriatric punk view.