The grassy knoll in Winnipeg North

“…The end result gave Ms. Javier a paltry 1,647 votes, which NDP MP Pat Martin (Winnipeg Centre, Man.) says came largely from a diehard knot of Filipino Conservative supporters who supported the tough-on-crime agenda Prime Minister Harper (Calgary Southwest, Alta.) drew attention to on his only low-profile visit to the riding. Had Mr. Larkin been the Conservative candidate, after having won 5,033 votes and 22 per cent of the vote in the 2008 election, Liberal candidate Kevin Lamoureux, who resigned his provincial legislative assembly seat to contest the byelection, would have lost, the senior Conservative said.

Party insiders say there is one main reason: They want Mr. Ignatieff to be leading the Liberal Party into the next general election. Mr. Ignatieff has the lowest personal voter support ratings on the federal scene, perhaps since Brian Mulroney, although not for the same reasons, and he has been unable to bring the party’s support above the 30-per-cent threshold in public opinion polls. Critics say he has no political instincts and makes mistakes. For example, last week he got the Dauphin-Swan River-Marquette riding wrong when he was addressing his caucus.

“If they lost all three, the knives would have been out,” the Conservative said. Another told The Hill Times in an earlier interview after the byelections: “We’re happy Iggy is staying.”

Get that?  Clear?  They wanted to lose, because by losing, they end up winning, despite the fact that they lost, badly.  Understood?

In other news, we have obtained an exclusive photograph of a Senior Conservative Party strategist, hard at work in the party’s war room bunker: 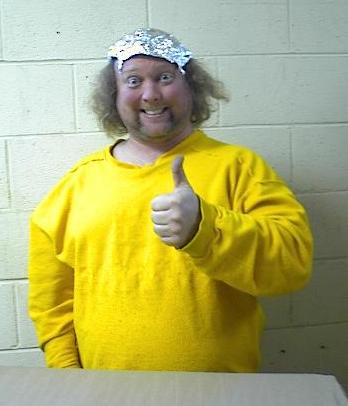