A Liberal on being liberal (updated twice, and moved up) 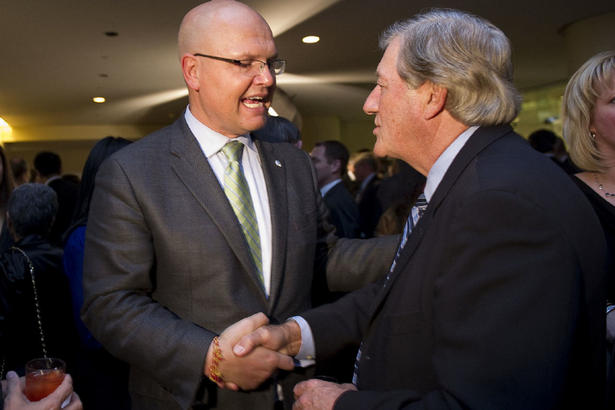 “A dream was instilled in me eight years ago. Today, Prime Minister Brian Mulroney’s constitutional “accord” threatens to destroy that dream.

I was a cocky 17-year-old on my way to Maple Leaf Gardens for the first time in my life. I wasn’t going to see the Maple Leafs or even Elton John. Along with thousands of others, I came to see and hear Pierre Elliot Trudeau.

Never before and never since have I been so moved by a speech. Unlike so many speeches, this one radiated from a central vision.

Trudeau’s vision of Canada was of a tolerant, multicultural polity where minority rights throughout the country would be protected and enhanced by a strong central government. It was of a mixed economy in which the critical components should be kept Canadian. And it was of a social system that would not allow the workings of the market to degrade human dignity.

Giant strides were taken toward achieving that vision. On the social front, progressive legislation was passed; economically, the Foreign Investment Review Agency and the National Energy Program were put in place to protect and enhance Canada’s position; and politically, the Constitution was patriated and an entrenched Bill of Rights produced.

All these fronts have been attacked and eroded by the Mulroney government – social programs have been cut in the name of reducing deficits, and the dream of a distinct Canadian economy is fading daily as the Tories pursue their “free” trade leap of faith.

But no action strikes a greater blow to the Trudeau vision than the present constitutional accord. As Deborah Coyne of the University of Toronto’s faculty of law points out, the accord represents a “disturbing abdication of federal power to the regions . . . at a time when we have more need than ever for strong national leadership in order to meet the unprecedented challenges that we face today.”

Who will speak for Canada?”

UPDATE: Now that we have hit about 100 comments on this one, I can reveal my ulterior motive: my interest isn’t what was said, so much, as who said it – and what you Conservatives out there would have to say about the points made therein.  Both are quite interesting, and quite helpful.  All will be revealed soon.

UPDATED TWO DAYS LATER: The author of those statements from May 1987, statements which are to the left of quite a few Liberals – eg., FIRA and NEP are good, free trade is bad – is none other than Rocco Rossi. Quite a few Conservative commenters, not knowing who I was quoting, heaped scorn on what Rossi wrote.  So what, you say?

Well, both things are worth noting because, at tonight’s Toronto mayoralty-candidate “harmony” fundraiser, Rocco Rossi is apparently going to be wheeled around by Conservative operatives as a convert to their cause.  The author of those far-centre-left statements, we’re to be told, is a Conservative, now.  From a Trudeau Liberal to a Randy Hillier cheerleader, just like that: kind of takes your breath away, doesn’t it?

He’s Benedict Baldy, someone said to me today.  It fits.

Partly, that makes me mad at myself – for trusting him, for believing him when he said he believes in the same things I do, and for devoting billable time (and vacation time with my kids, even) to following him in an erratic, bizarre campaign that ended in the single digits.  (Bocce balls: remember that?  He thought that, and the Conservatives who thought it up, were brilliant.) I wouldn’t have helped him, not for a moment, if I had known what Rocco is now seemingly capable of.

Partly, it makes me mad at him, of course.  When you read the words above, and you try to picture him as a Conservative, you wonder if Rocco believes in anything, other than his own ambition.  When you read the words of the Conservatives who commented on Rocco’s previous views – on NEP, free trade and so on – you also wonder how they will ever truly accept him as one of their own.  Rest assured: they won’t. The Conservatives I know, and like, have principles.

This time, I’ll be laughing my ass off. 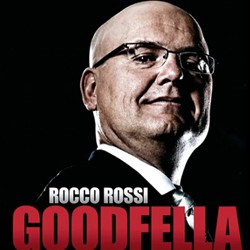