In today’s Sun: The problem with the Reformatory ads (updated) 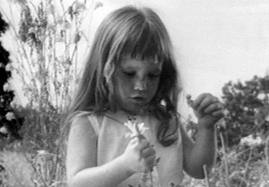 “Tony Schwartz, the father of modern political advertising, is speaking.

“A political ad is about things that are important to the people at the time an election is taking place,” says Schwartz, from his home in New York City. “The best political commercials do not tell the viewer anything. They surface his feelings, and provide a context for him to express his feelings.”

Schwartz should know. The Democrat ad man who developed the legendary 1964 “Daisy” ad – featuring a little girl plucking petals off a daisy, and warning of nuclear war if the Republicans took the White House – was considered a political genius. His Daisy ad (after which, full disclosure, I named my political consulting firm) is considered the best political spot ever made. It ran only once, on Sept. 7, 1964, and helped to return Lyndon B. Johnson to the White House with a landslide.

Shortly after I interviewed him for one of my books, Schwartz died. But it’d be interesting to hear what the father of Daisy had to say about the battery of TV spots the Conservative Party unleashed on Canadians on Monday morning.”

UPDATE: And I talked to my friend Jane about the ads this morning.