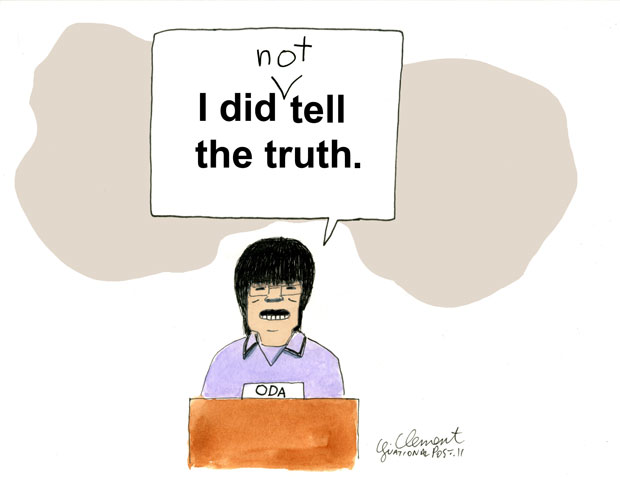 That’s the political truism from the ’70s-era Watergate scandal, of course. It wasn’t so much the cartoonish June 1972 break-in at the Democratic National Committee’s headquarters by Republican operatives that felled U.S. president Richard M. Nixon. It was the stonewalling and cover-ups by very senior people working at the White House — including the president himself — that forced the ignominious resignation of Nixon, in August 1974. It is always thus.

Voters are pretty reasonable, you see. There can be a guy running for mayor of Toronto, for example, and he can be linked to all sorts of malfeasance — drunk driving, drugs, you name it — and he can still end up getting elected in a landslide. As long as the politician confesses to his or her misdeeds early on (which Rob Ford did, sort of), people will forgive. They don’t get as worked up about these things as the media and the political chattering class do.

But if you lie and prevaricate for a long time, and you don’t cop to your failings right away, you’re done. It’s over.