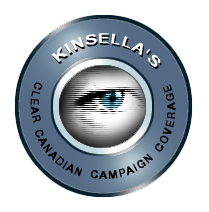 What did Peter Kent think of Israel before he was an MP? from Peter Kent Watch on Vimeo.