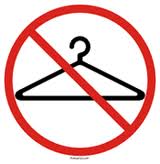 Last night, I was chatting with a pro-choice woman who likes some of the stuff Stephen Harper has done. She told me she felt Harper would never re-open the abortion debate.

I suggested this abortion PMB was coming in a Sun column a while ago, and was thereafter roundly mocked by my friends John Snobelen and Monte Solberg. They, too, said it would never happen.

Oh, and any of you pro-choice women who voted Conservative? Spare the rest of us your expressions of regret, will you?

People get the government they deserve.