BCL strikes again. Check it out: 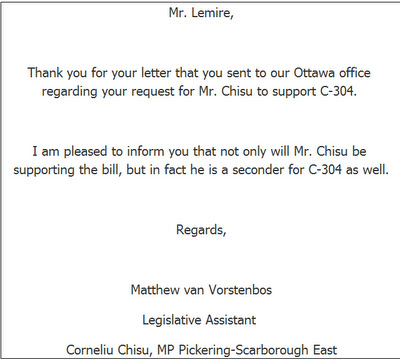 I will be charitable, therefore, and assume for a moment that Mr. Chisu and the young Mr. van Vorstenbos didn’t know Marc Lemire has been a central figure in the most powerful anti-Semitic, white supremacist group to emerge in Canada since the Knights of the Ku Klux Klan in the Eighties.  I will, however, say that they are supposed to check these things out in advance, and not be total idiots.  Which, in this case, they are.

If, on the other hand, Messrs. Chisu and van Vorstenbos knew who Mr. Lemire was, and sent their pithy letter anyway, I will only say this:

UPDATE: Greg Elmer, who I like, suggested the headline was off, and I think he’s right.  Thus the tweak, above. Grammar is everything!