Big mistake! Only a few minutes later, when my pal Jill Fairbrother sent an identical Twitter message as the National Post one, did I realize I’d been spammed.  Dumb, dumb, dumb.

To my 7,700 closest Twitter besties, I sincerely apologize for the weight-loss messages you have received; I apologize for future penis-enlargement messages you may receive.  Some of your responses (below) have been hilarious.  In the meantime, I have now changed my password, blah blah blah, and won’t be so gullible again.  (I think.) 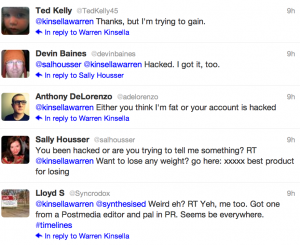 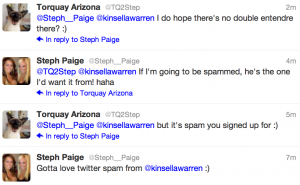 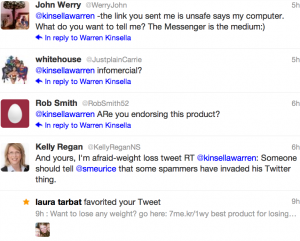