Here I am wearing an NDP lanyard at the convention

…If Cullen wins, it’ll be a keeper! 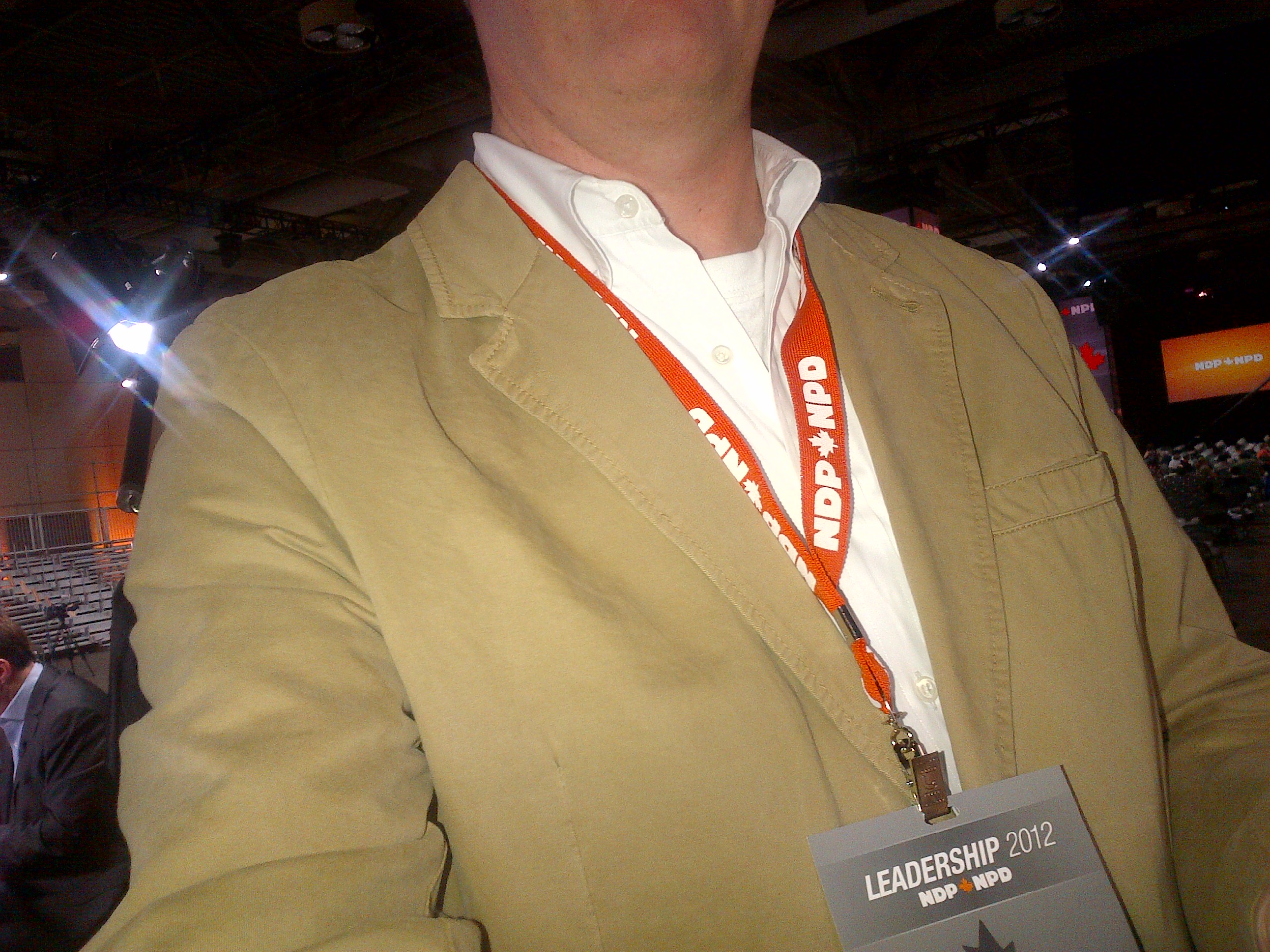