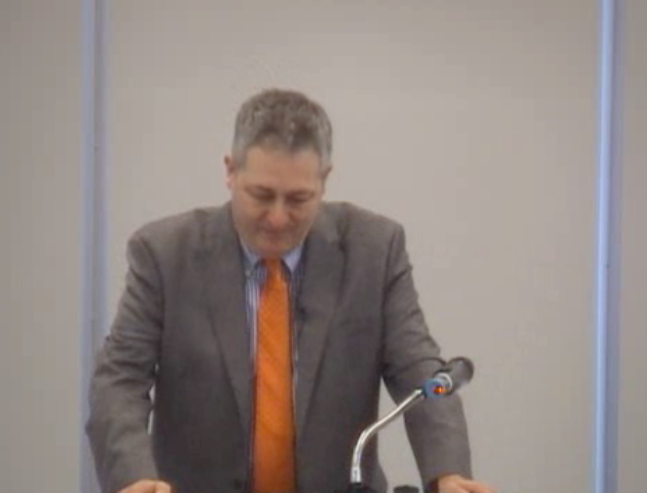 That’s Guy Giorno, speaking at a lobbyist conference thing in Toronto, just a few minutes ago. He’s a smart fellow; I happen to think he is an ethical fellow. As things turn out, Giorno was a long-time legal advisor to Ornge, along with many of his partners at the Fasken law firm. Fasken’s received millions and millions from Ornge, and got the work without competing for it.

Fasken’s folks who have helped Ornge, in the past, also included Lynne Golding (“proud” card-carrying Conservative, and spouse of Tony Clement) as well as Perry Martin (former advisor to Mike Harris, among others). Like Giorno, Golding and Martin are (or have been) associated with this little Fasken seminar lobby thing.

I’m listening to the proceedings at the conference as I type this. Here are two things Guy Giorno said this morning:

Those are quotes. I agree with those statements.  Who wouldn’t?

That said, why didn’t Guy Giorno – or Lynne Golding, or Perry Martin – with all of their professed desire for transparency and registration and whatnot, ever saunter down the hall at Fasken’s, and suggest to their colleague that he be, you know, transparent?  That he register?

I didn’t attend the seminar in person.  There’s only so much lack of transparency I can stomach at a single sitting.