The Ontario PCs want you to die

…well, that’s a slight overstatement, but not by much, frankly.  Today, they moved in the Ontario legislature to defund the province’s air ambulance service (they’re big on defunding).  Among other things, that would mean air transport of sick and injured people would, you know, stop.

This being the Walkerton Party, I suppose we shouldn’t be surprised that they want to kill lots of people.  And, when one reflects on the Ontario PC’s stumbles on Ornge over the past few weeks – here and here and here and here and here – it’s clearly just more of the sort of top-drawer political strategy we have all come to expect of Tea Party North and the smirking frat boy who leads it.

Anyway, don’t simply take my word for it.  Here, the journalists weigh in on the Ontario PC’s end-of-session stunt.  Didn’t go over so well, you might say. 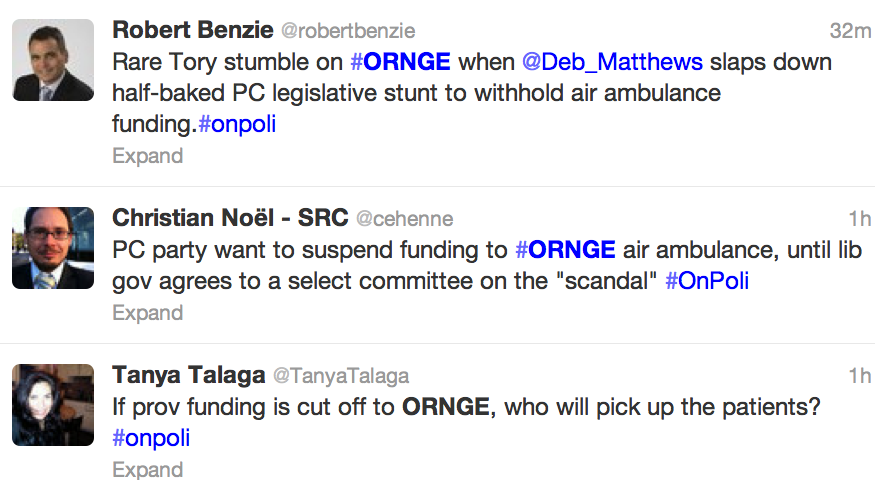