The sad ballad of Tim Hudak 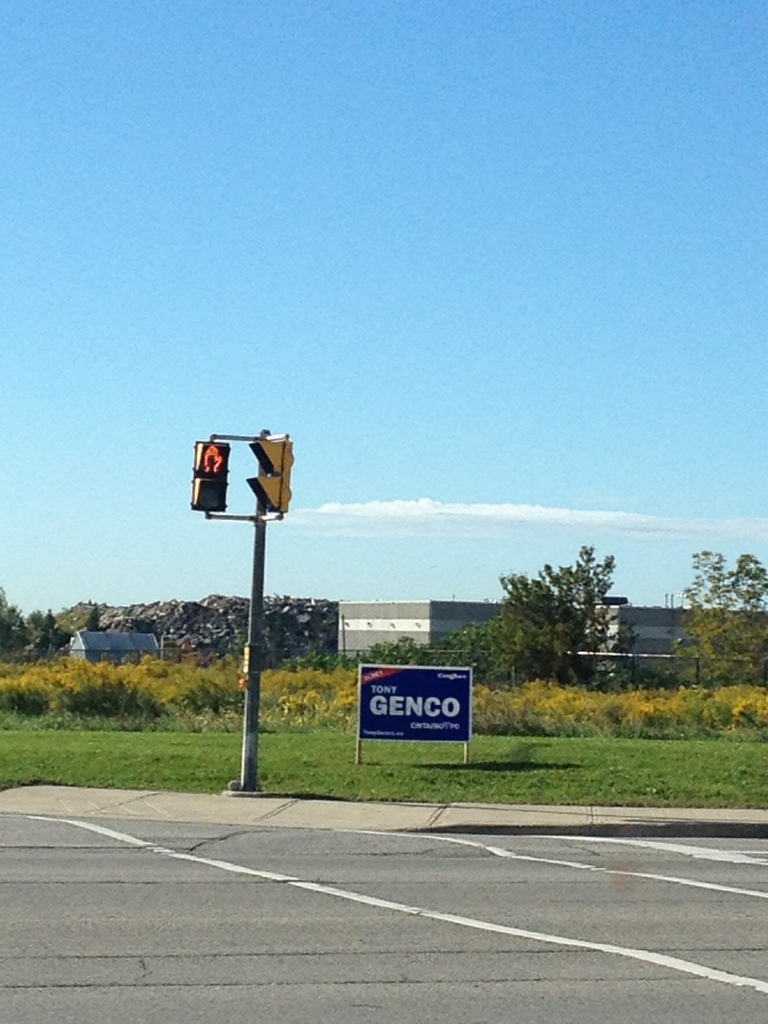 Ontario Liberals didn’t like the outcome of the Kitchener-Waterloo by-election – and it’s spelled Kitchener, Tim Hudak, not “Kichener” – but Ontario’s PC leader probably liked it a lot less. His party got beaten, badly, in a riding it had comfortably held for a generation.

He’s the most unpopular leader in the province. He is regularly pilloried by the media. His chief advisors are enmeshed in scandal, in Ottawa and Toronto. And, under his watch, his once-great political party has been reduced to a rural rump.

Above is a sad-looking sign for his “star” candidate in the Vaughan by-election. It’s across the road from the rink where Son Two is goal tending this morning. Two weeks later, the PCs signs are still up all over riding, where the Ontario Liberal candidate pulverized his PC opponent.

How did it all come to this? How did the former golden boy of the Ontario Conservatives fall so far?

A variety of reasons, I think. He’s allowed his party to be taken over by rural extremists like the OLA. He’s alienated “foreigners,” when we’re a nation of foreigners. He’s been hurt by his close ties to the likes of Rob Ford and Stephen Harper – and particularly by the fact that voters don’t want the same gang of right-wingers running all three levels of government.

Most of all, however, I think it’s him. As I write in my new book, he comes across as a smirking frat boy, and he seems as deep as a puddle. He’s that guy in high school who nobody liked.

Do we Ontario Liberals want to keep him around?

You’re damn right we do.