While some candidates were doing robocalls last night – and others readied themselves to do robocalls – Sandra Pupatello held a huge rally in Windsor.  Folks who were there – and I would’ve been, too, had I not been giving a Fight The Right speech in Toronto – said there were more than 400 people in attendance.

Also there (in a fun pic) was this guy on the left, who said he supports Sandra, quote unquote.  Anyone know what he is – and what the significance of his support may mean? 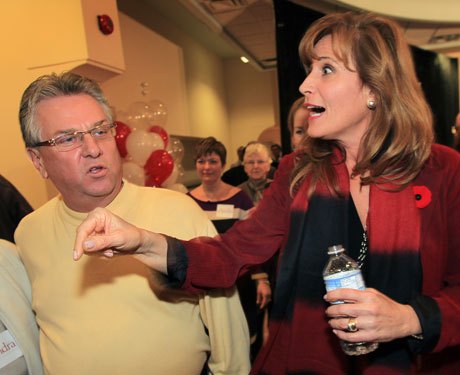