In Tuesday’s Sun: the story of a big jerk 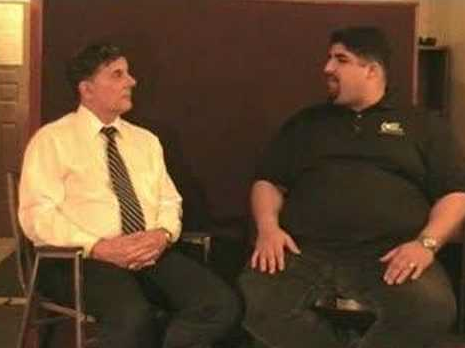 Nick Kouvalis is a big man. Or he used to be.

He allows that he had a surgical procedure that helped him shed nearly 200 pounds.

Kouvalis is also kind of a big deal. Just ask him.

He brags to reporters about how he created a fake Twitter account, and how that single bit of trickery helped to elect Rob Ford. He yaps about a crude YouTube video he created, and how that was important. He says he’s “good” at ending Liberal careers. He recounts how he told Ford to punch his main opponent, and “make him bleed.”

Now, all of this tough-guy talk isn’t such a good idea, sometimes. Not so long ago, Kouvalis was tried for uttering a death threat against a Conservative MP. In July 2005, it was alleged by the Crown that Kouvalis said to two young women: “If I could kill Jeff Watson with my bare hands and get away with it, I would.” He did this while campaign manager for another Conservative in Windsor.

The judge acquitted Kouvalis, believing he wasn’t serious. But, a few years later, Kouvalis could again be seen trying to suggest that it had all been clear evidence of his superior strategic mind. “Actually,” Kouvalis said, “I thank Jeff. It made me.”

If that’s so, Kouvalis must be simply delighted — Thrilled! Overjoyed! — by the recent finding of a panel of the Market Research and Intelligence Association.