Damian Abraham is the leader of Canada’s greatest band, and one of the world’s greatest bands, Fucked Up. They are more than good; they are god-like geniuses.

Last night, Damian tweeted that he wants a song Ras Pierre and I wrote in the Hot Nasties, ‘Secret of Immortality,’ played at his funeral. I hope that doesn’t happen anytime soon – but here’s his tweet, and beneath it a link to the song, in which you hear Pierre doing what he and I used to call his “fiddly bits,” and me pontificating (per usual) about life and death and Norman Rockwell. In a nasally, twangy teenaged vox, age 17 or so. 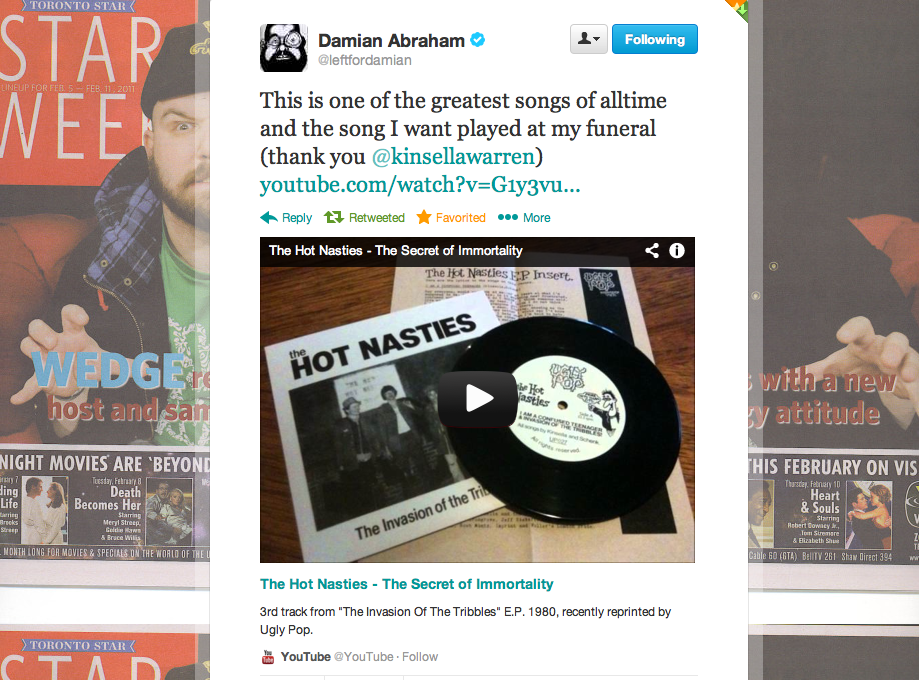