And anyone involved in politics in Ontario can tell you this story is the tip of the proverbial ice berg. There’s a lot more.

What’s it mean? It means this conservative joke will continue to elect progressives in and around the GTA indefinitely. He’s the best thing that has happened to his opponents in years. I mean, kicked out of a pro-military event: for conservative hacks, that’s tantamount to sending back your Diamond Jubilee medal to Stephen Harper, wrapped in a copy of the Liberal Red Book. It just isn’t done.

A few weeks ago, I posted the photo, below (but deliberately avoided commenting on what his accuser, also pictured, was saying about him). My point: does this guy in any way help his side? 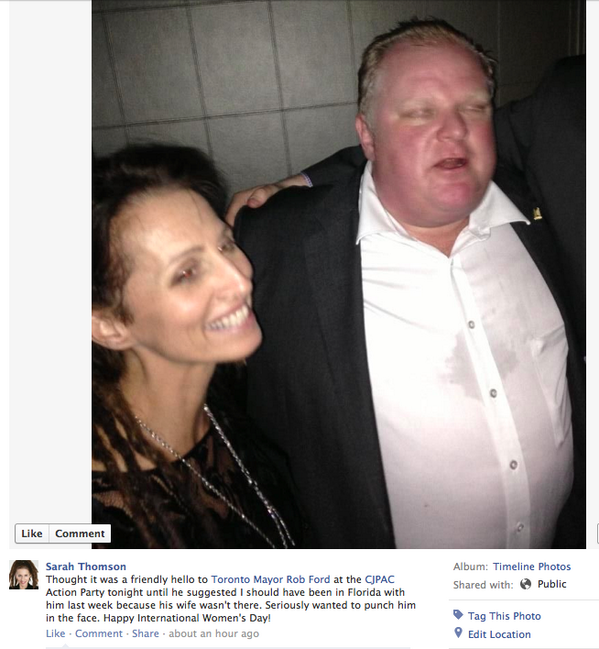 UPDATE:  And let’s not forget this week’s other mess: his comments about an ongoing criminal trial.  If the accused’s lawyers don’t end up using Ford’s sub judice comments in an appeal, I’ll be pretty surprised.