An open letter to Anonymous about Rehtaeh Parsons 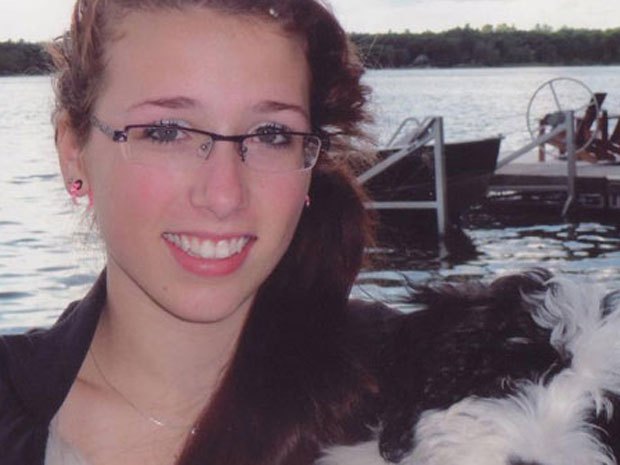 I have never written to you, the global hacktivist group, before.  Like everyone else, I have read about your exploits and, more than once, nodded my head with approval.  It’s comforting to see citizens periodically bring certain groups to heel, like child pornographers or the Church of Scientology.

I am writing to you today about something else, however.

In Cole Harbour, Nova Scotia, a girl named Rehtaeh Parsons killed herself last week.  She was 17 years old.  That’s her, up above.

Her name was Heather spelled backwards. Rehtaeh was a straight-A student, she was much-loved by her family and others.  She was a good kid.

In November 2011, when she was 15 years old – just a child – she was raped by four males in a basement.  One of them photographed her being raped, and then circulated it to many others.  They thought it was funny.

Rehtaeh was thereafter harassed and abused and bullied by students at her school.  The torment got bad enough that Rehtaeh had to move to another town.  Months later, she returned, but the bullying and abuse never stopped.  She was sent messages calling her a “slut.”

You may ask what happened to the four males who raped her, and who circulated the photograph of Rehtaeh being raped – which, incidentally, meets the definition in Canadian law of child pornography.

Nothing.  Nothing happened to them.

The RCMP, who allegedly investigated, are led in Nova Scotia by Alphonse MacNeil.  He calls himself a “consensus builder” and has two daughters.  I’m sure you could find his email address if you needed to.

The Nova Scotia government, which agreed with – and energetically defended – the RCMP’s decision to do nothing about the rape or the child pornography, is led by NDP leader Darrell Dexter.  Interestingly, he represents Cole Harbour in the provincial legislature.  His email isn’t readily available, either, but I know you’ll find that, too.

His Attorney-General is Ross Landry.  Yesterday, Landry refused to reopen the case; by the afternoon, he had seemingly changed his tune.  His constituency office email is here.  I don’t know what his email is.

The names of the little bastards who did this, and who are still alive and walk free in Cole Harbour, are unknown to most of us.  But, as in the Steubenville, Ohio case, I am certain anyone who is sufficiently motivated can find out who the little bastards are, and name and shame them.

I’m unclear how to appeal to you, Anonymous.  But if there was ever a case that cried out for your attention – and if there were ever men like MacNeil, Dexter and Landry who deserved to be fired, or worse, for their pathetic responses – I don’t know what it is.  What happened to Rehtaeh and her family is so horrible, so evil, I am ashamed that it happened in my country.

In closing, I should note that Rehtaeh’s heart was sent to Toronto yesterday, to be transplanted into another person.  I don’t know why I feel a need to mention that to you, but I do.

Maybe because, in some way, it feels like Rehtaeh is still watching now, to see who will do something, and who will do nothing.