Beer and popcorn boy is heard from

I was up at the cabin all weekend, attending to more important matters.  So I didn’t hear about Scott Reid’s attack on Jean Chretien in the Ottawa Citizen until I got back.

Here, however, is just a little of what you need to know about Scott Reid.

There’s plenty more, but you get the picture.  To Jean Chretien, I say: Scott Reid is (unfortunately) living, breathing proof of that old maxim: you’ve been called worse things by way better people.

Beer and popcorn boy isn’t fit to lick the bottom of your shoe. 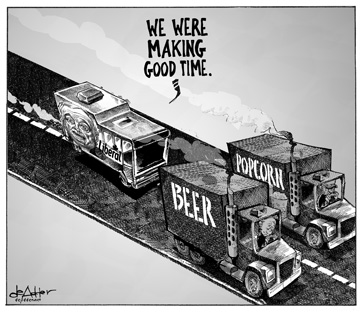