Read these grafs, from the column I’ve filed for Sunday.  TWENTY YEARS AGO TODAY THE RED BOOK CAME OUT.

Holy crap, do I ever feel old.

“…So we put out the Red Book. It was 112 pages long, it was bursting at the seams with ideas, and it provided an effective rebuttal to the Conservatives’ nasty insinuations. “I’ve got the team, I’ve got the plan,” Chretien would say, over and over, at every whistle-stop along the way to a massive Parliamentary majority.

The debate about when to release the thing went on almost as long as the writing of it. All at once? In pieces? Before the election? In week one? In Ottawa, or elsewhere?

Chretien made the final decision, appropriately. The Red Book would be released on September 19, 1993, eleven days after the campaign began. We printed up thousands of copies, and they were all gone by lunchtime. Bureaucrats figured we were going to win, and they wanted to get a head start on their homework.” 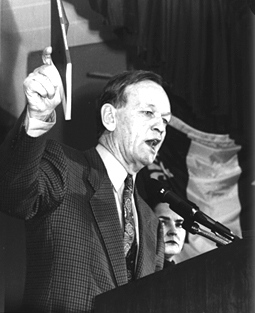