That’s all bad enough, of course.  But isn’t it against the rules for Ford to help out this thug using letterhead from the Mayor of Toronto? Believe me: it is.

UPDATE: He’s clearly violated Article VI of the Code of Conduct. All that need happen, now, is a complaint:  “No member of Council should use, or permit the use of City land, facilities, equipment, supplies, services, staff or other resources (for example, City-owned materials, websites, Council transportation delivery services and member of Council expense budgets) for activities other than the business of the Corporation.” 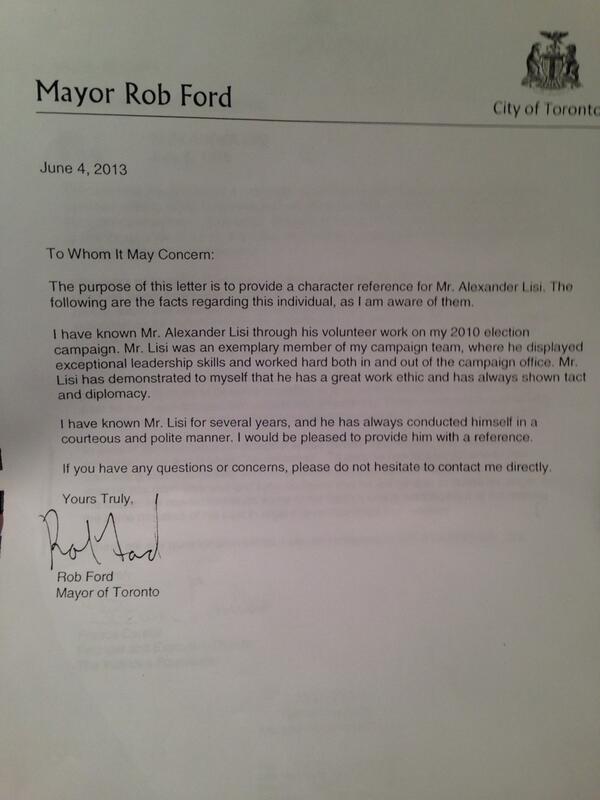