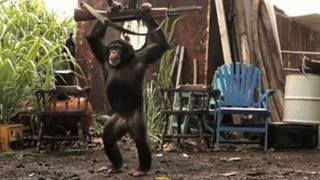 Last week, it was Stephen Harper going after his much-respected former Chief of Staff.  Yesterday, it was Rob Ford going after the cops.

Are these Conservative fishing buddies crazy?

Well, yes they are, actually.  As I (hopefully) explained in yesterday’s Sun – now finally online, here – Harper risks open revolt in the Tory ranks by defaming someone as revered as Nigel Wright.  And, as I will (hopefully) explain in tomorrow’s Sun, Rob Ford risks jail time by taunting the Toronto police force he, the law and order fetishist, used to regularly defend.

[Ed.: Spot political quiz! Who was the last well-known politician to dare the police/media to follow him around?]

Anyway.  Here’s my take on Harper, as memorialized in today’s Hill Times.  I mean every word.

“They [top political aides] know where the bodies are buried. If Nigel strikes back, Harper will regret it,” Warren Kinsella, former top federal Liberal strategist who worked with former prime minister Jean Chrétien closely said in an interview with Sun TV on Wednesday.

Mr. Kinsella added that Mr. Wright is not “an average Conservative” as not only was he the well-liked former chief of staff to the Prime Minister, but he also played a key role over the years in the success of the Conservative Party in fundraising, policy development and organization at the highest level. Mr. Kinsella said that Prime Minister lost his message discipline, last week, for which he’s well known.

“He looked like a monkey with a machine gun, shooting at everything that moves. Think back 10 years ago. How did Stephen Harper achieve power? He had message discipline. He kicked out the loose cannons from his caucus and imposed message discipline,” said Mr. Kinsella.