Toronto needs a mayor: live from the anti-Ford rally 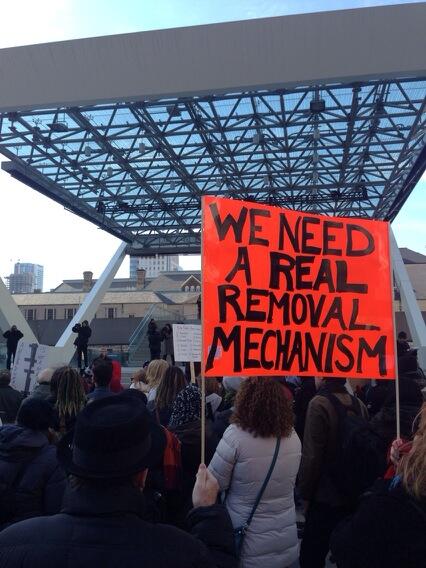 I loved this sign – it’s so polite and technical, and therefore uniquely Canadian. The rally was like that, too: lots of average folks – including admitted former Ford Nation residents – simply saying they want this SOB out. Hundreds of people, from all walks of life.  Right, Left, you name it.  Despite the freezing wind, it felt great to be there.

Meanwhile, inside council chambers, a dramatic scene was unfolding: Denzil Minan-Wong asked Rob Ford, to his face, if he has purchased illegal drugs in the past two years.