When I was going to Bishop Carroll High School in Calgary, my Dad subscribed to the Globe and Mail.  We got the Herald, too, but both of us thought the Globe was a better-written paper, albeit pretty Toronto-centric.  I loved reading Jay Scott’s stuff – that was a writer.  I adored that man.

Anyway. Media habits are hard to break (I guess), so when I went away to study journalism at Carleton, I kept getting the Globe delivered.  Even when Chris, Harold, Ryan and I were penniless – even when we were exchanging empties to buy K.D. or beer, not necessarily in that order – I still got the Globe.  Back home in Calgary, in law school and rooming with Bjorn, same thing: beer, Ichiban and the Globe.  That was it.

In the intervening (many) years, I kept getting the Globe delivered.  I got all the other papers, of course, but the Globe was the constant.  So, when I wrote for the Post, I’d buy it on the street, and then I stopped reading it entirely – I don’t think I’ve looked at it since 2008 (and I don’t think I’m alone, in that regard).  I got the Star for a while, too, but I eventually got fed up with their self-congratulatory “Star Gets Results” crusade crap – and, when they threw out my friend Fergie like he was trash, I cut them off for good. (If Doug Ford gets elected, you can mainly blame the Star, by the by.)

The Sun, who has been wonderful to me for four years, I of course read daily – but I buy it on the street, like you’re supposed to with a good tab.  I don’t know how much longer I’ll be writing for them, however.  After this week’s developments, not long, I suspect.

The Globe, through all of those years, has been the constant.  I stuck with them, even as the ads started to disappear and the actual journalism started to do likewise.  And then, in recent months, my paper simply stopped showing up on my doorstep in the East End.

Ladurantaye, when he was still writing for the paper – and boy, did they ever miss my friend this week – tried to get the problem fixed.  I got the papers again for a while, and then they started bypassing my doorstop again.  Then Steve left the paper for Twitter, which tells you plenty.

So, again this morning, no paper.  Again.  I called the Globe switchboard on the way in to work.  No one answered, naturally, so I was transferred to a lady in or near Mumbai (which, again, tells you plenty).  She read off a screen, trying to strong arm me into staying on with a paper that doesn’t deliver.  After a half-dozen refusals, I finally got her to listen to me.  Cancelled.  Review that for quality assurance purposes, newspaper marketing experts.

Anyway, it makes me a bit sad, but that’s the way it is, in this era where U.S. hedge funds will soon be controlling what every Canadian reads – except, perhaps, in Toronto or Montreal.  It sucks. It totally sucks.

Today, after forty years, the Globe lost me. 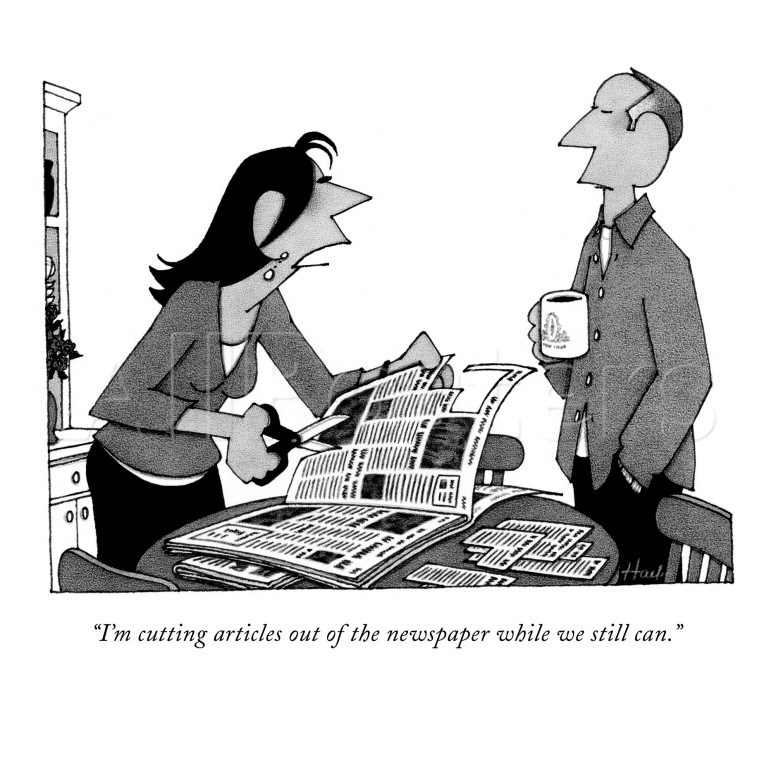