Key factoids about Whitby-Oshawa, plus a handy chart

Conservative folks are sounding pretty cocky, this morning, but they shouldn’t be.  They are, after all, the folks who:

Still don’t believe it, Team Blue? Then take a gander at this Pundits Guide chart. My super-duper expert analysis tells me that only one coloured line (the red one) went up last night, and every other coloured line (the blue, orange and green ones) went down.

Spin it any way you want, kids.  The factoids and chart don’t lie, this cold November morn. 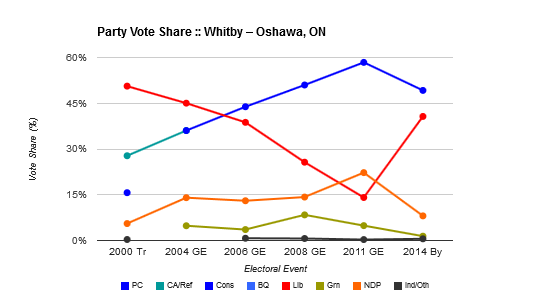