That’s a weird alliteration, I know, but I’m pooped.  You get what you pay for, etc. etc.

Anyway: my gal Lala is back from Ireland! Very, very happy about that.  And she brought me back various Celtic cadeaux (there I go again), among them this Kinsella family crest, plus accompanying history.

She bought it in Dublin, she told me, and only spotted the bit at the bottom afterwards.  Check it out: I’m heretofore a notable Kinsella! My billable rate is going way up, now! 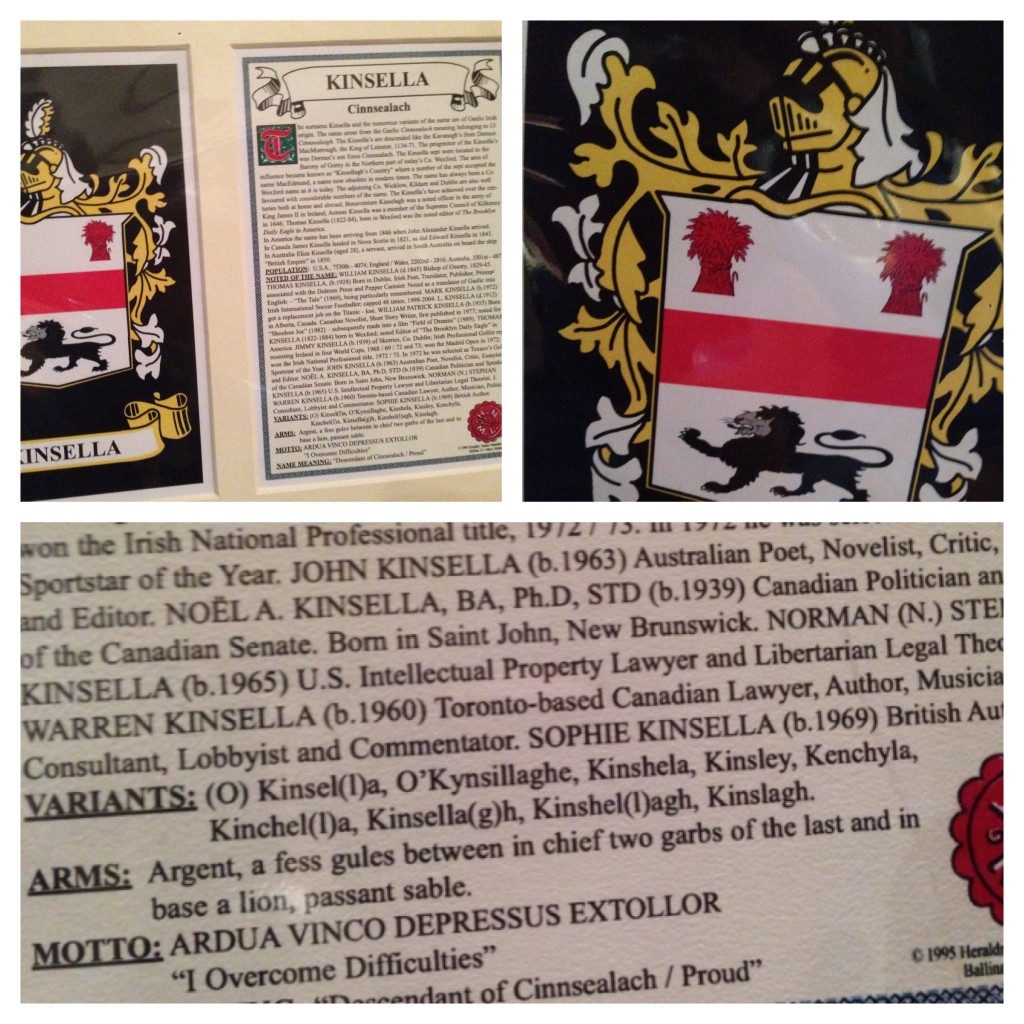