So long, every single Jewish vote in Canada 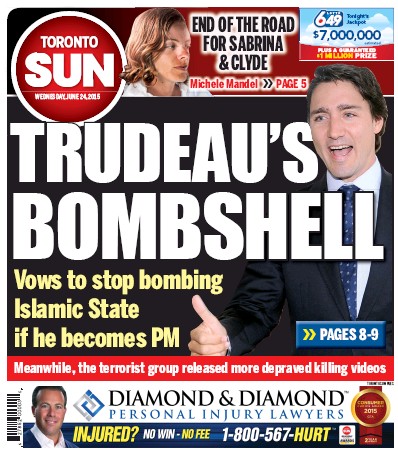 If the Liberal Party claims victory in the next federal election, Justin Trudeau says, his government would end Canada’s bombing mission against ISIS in Iraq and Syria and restore diplomatic relations with Iran, in a dramatic departure from the path taken by the Harper government on foreign policy.

Helpfully, the above statement was made on the same day this was released.