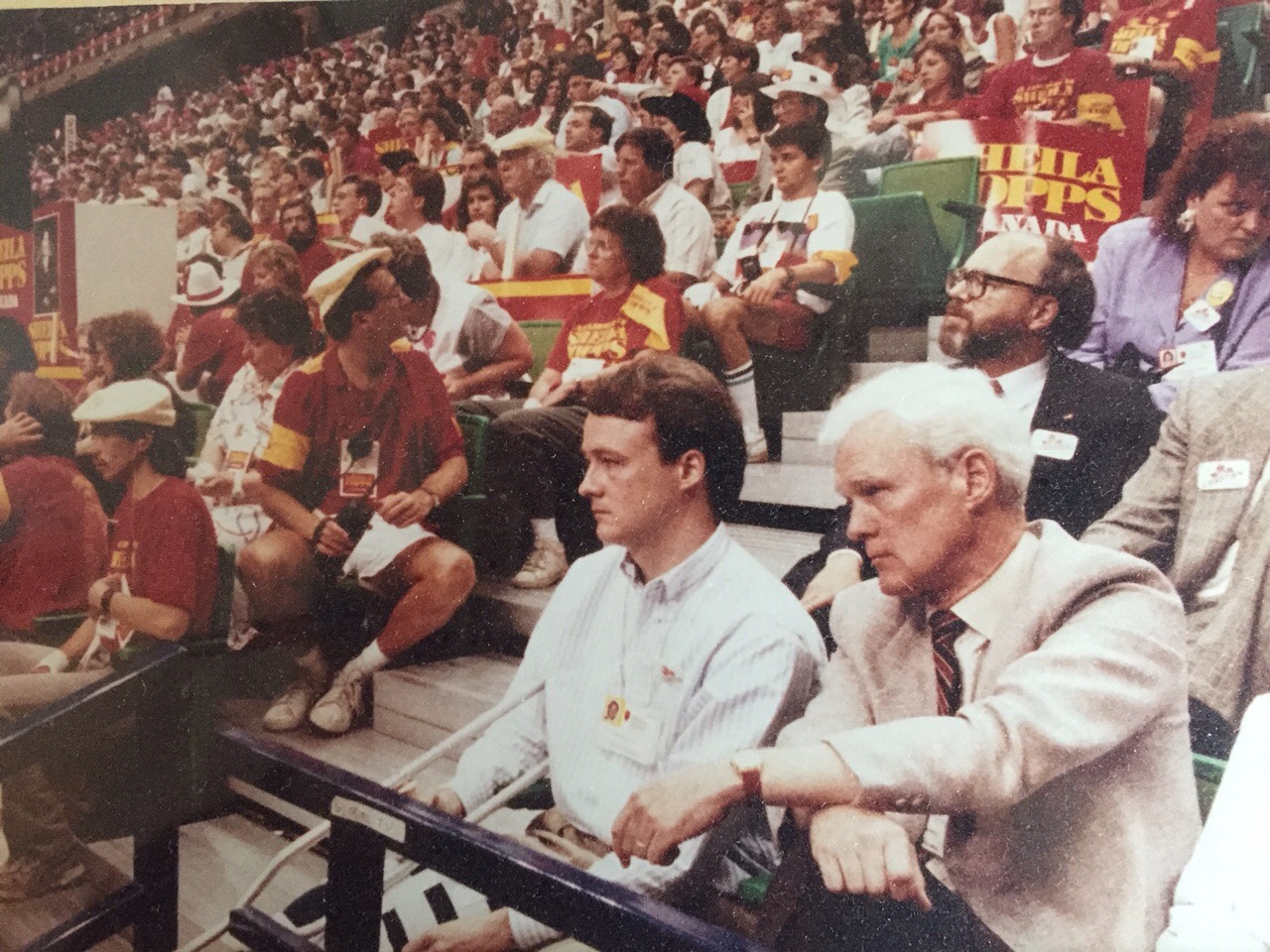 Twenty-five years ago today, Jean Chretien became the leader of the Liberal Party of Canada.

That’s a younger me, above, with my Dad, who was there as the Chretien campaign’s physician at the convention. We are waiting for the results of the vote, which our guy would win handily in our Calgary hometown.

I’ve got crutches because I’d been hit by a car two days earlier. Eleanor McMahon and I were going to advance a meeting for The Boss, and a taxi driver got me. (“Was a Martin guy driving?” Chretien asked me that night, which made me laugh.)

It was a Day, and a Summer, of great change for me. A few days after his win, Chretien called me up to offer me the job of his Special Assistant. Against the advice of many – he’ll never be Prime Minister, they said! – I took the job. Nothing has been the same since.

I’m on my way to Ottawa as I write this, but I won’t be seeing my former boss. He’s out of town today, unfortunately.

If I’d seen him, here’s what I would have said: “You were the greatest leader. All your successors continue to make you look good!”

Twenty five years. Where does the time go?