One of their genial guys contacted me when I was up in Whitehorse to talk politics. This being the new era and all, I responded via text: 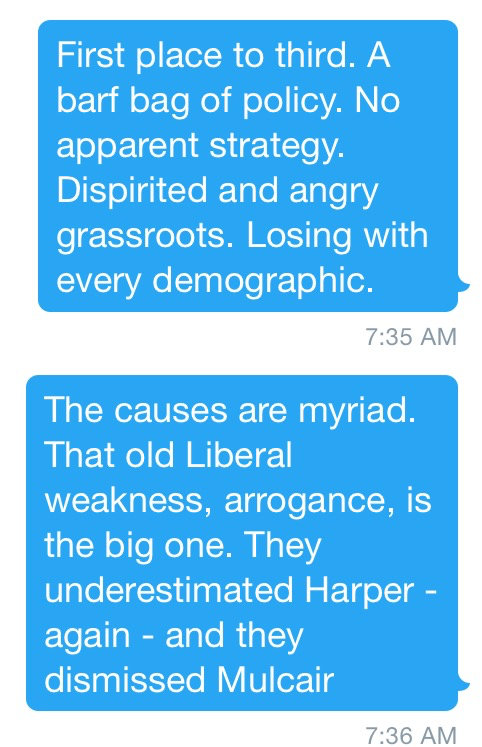 The resulting story, which includes the far-more-noteworthy comments of my friend Dennis Mills, is here.

What thinkest thou, O Readers? Can the good ship Liberal be righted? Is it too late? What does Trudeau need to do?