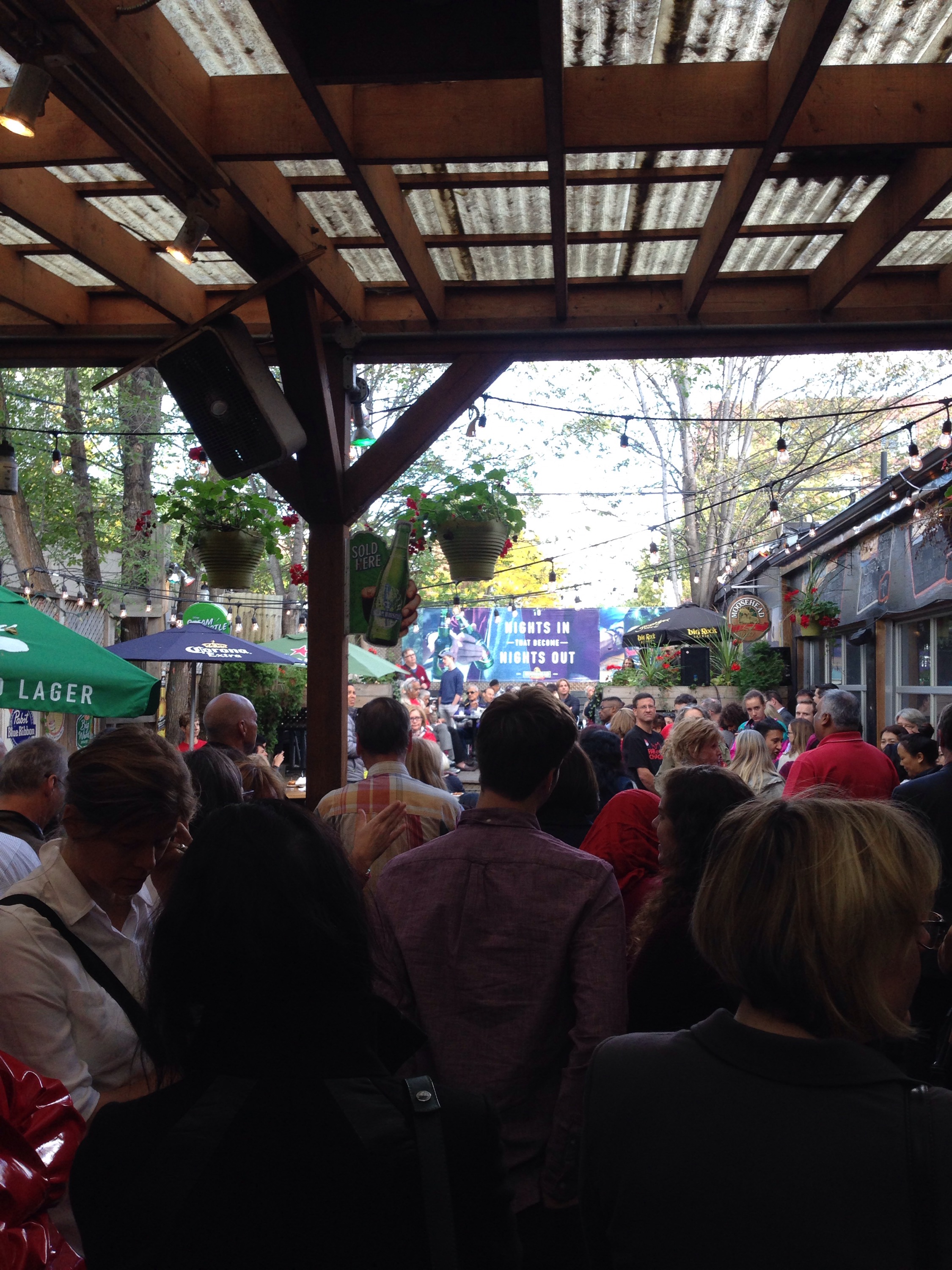 Son One is somewhere in there.

UPDATE: Trudeau is losing his voice.  He stuck to his well-known talking points, however, in a brief speech – taxing the richest one per cent, railing against “divisions,” Liberals are the only party that provides “a progressive voice,” lots of references to the “real change” stuff, and so on – and the crowd liked it.

The place wasn’t packed, but it was well-attended, I’d say.  Lots of young people.  I said to a couple candidates in attendance (one who worked for me in a McGuinty war room, one who worked with me on the Ignatieff effort) that if young people come out en masse to vote, Harper loses.  If they don’t, he wins.  That’s what it comes down to, in these final days.