For the third time in less than a week, a swastika has been spray-painted on a Jewish place of worship. Police are investigating after the Nazi symbol was left on the front doors of Congregation Machzikei Hadas, a synagogue at 2310 Virginia Dr. near Featherstone Park. Other Nazi-related graffiti and slurs were painted on walls.

With a president-to-be installing a neo-Nazi sympathizer in the White House, the beast is now fully awake. Even in far-away Ottawa.

This synagogue, by the way, is the very place that my brother Bernie Farber and I spoke at a couple years back.  Hundreds of people were there.  And I can tell you this is a place where children go, every day.

Before that, I covered organized neo-Nazis and white supremacists in Ottawa for years, as a journalist and an author.  This attack doesn’t shock me – Ottawa has always had a far bigger problem with anti-Semitism than other cities where I’ve lived, like Vancouver and Calgary. But this cowardly act of evil leaves me feeling both outraged and depressed.

But don’t give up! Fight back! And remember: this is why Ottawa’s police service has a bias crimes unit, and that’s why you should contact them if you see or hear something that falls within their mandate.

In the meantime, things are unfortunately going to get a lot worse.  The sonofabitch isn’t in office yet. 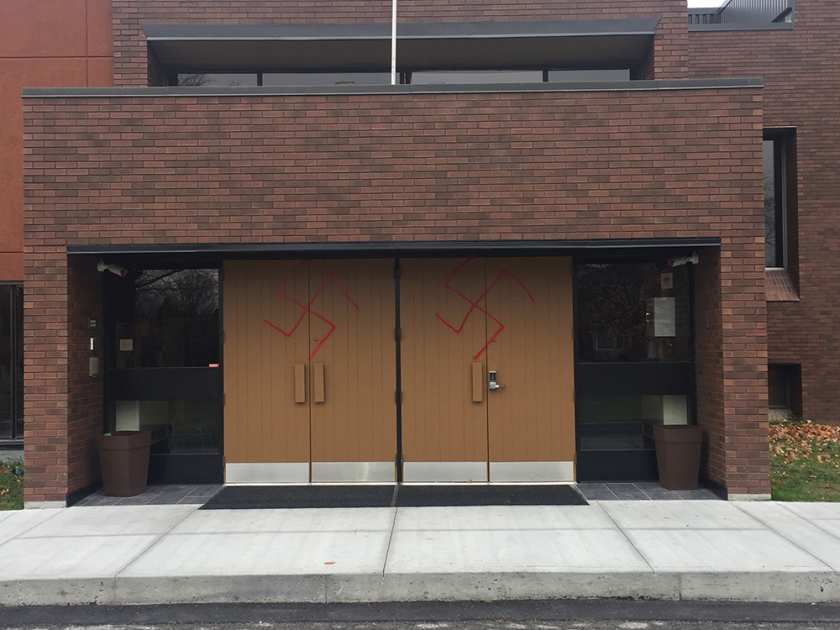 Ottawa Police investigating after a Swastika spray-painted on door at Machzikei Hadas synagogue on Virginia Drive this morning.