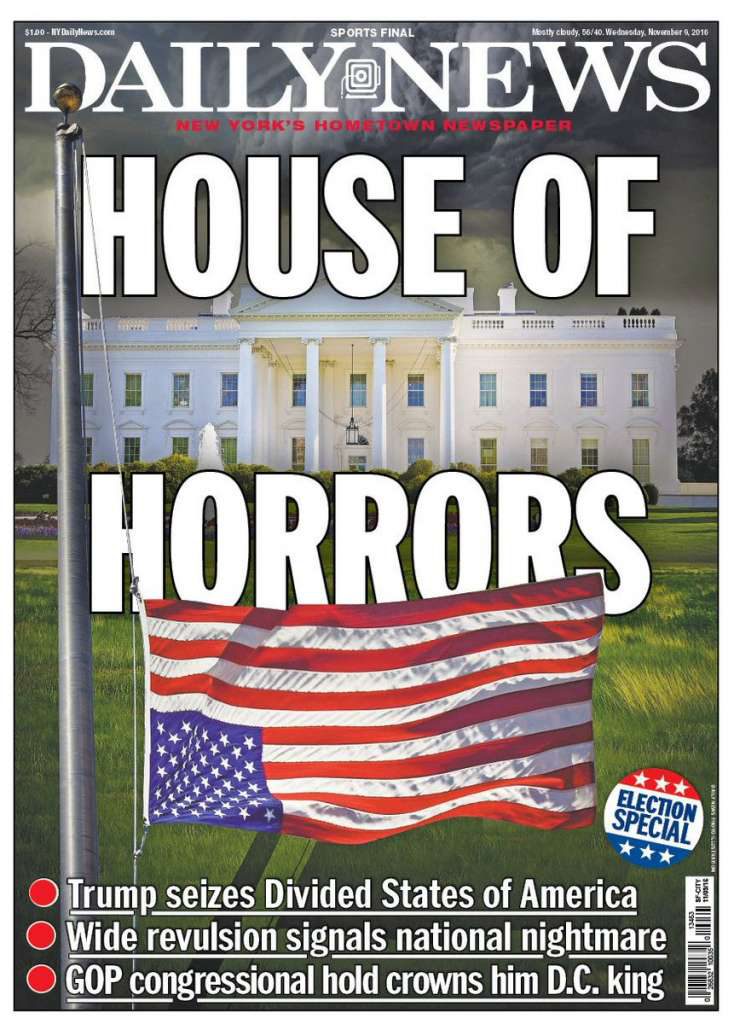 I want to understand why a sexist, racist, fascistic type won, but I still don’t.  Like 99 per cent of the planet, I didn’t see it coming, not for a moment.

But I sure have been keeping track of what has happened since his victory.  Since then, you haven’t had to predict anything; it’s all real, it’s all happening. From a column I’ve penned for next week:

Since his electoral college victory, of course, things have gotten just as bad as you’d expect. Trump’s transition to power is in chaos.

He’s been on the line with Russian autocrat Vladimir Putin before he’s talked to his NATO allies. He’s made a white supremacist and anti-Semite his most senior advisor. He’s scoffed at conflicts of interest laws. He says he will eradicate Roe v. Wade, and a woman’s right to choose. He says he will round up and deport three million people. He’s surrounded himself with conspiracy nuts. He’s going to tear up trade deals, and target Canadian exports. He has gone back on Twitter to say that “professional protestors” have been “incited by the media” against him.

And, in just a single week, the U.S. bond markets have lost a trillion dollars in value. Hate crimes have exploded, with hundreds being reported by the independent Southern Poverty Law Centre – and with attacks on Muslims up some 70 per cent. And that woman who, as a 13-year-old, says that she was raped by Trump? She dropped her case against him, because she was getting too many death threats.