Survey says: someone was paid a quarter of a million dollars to do this 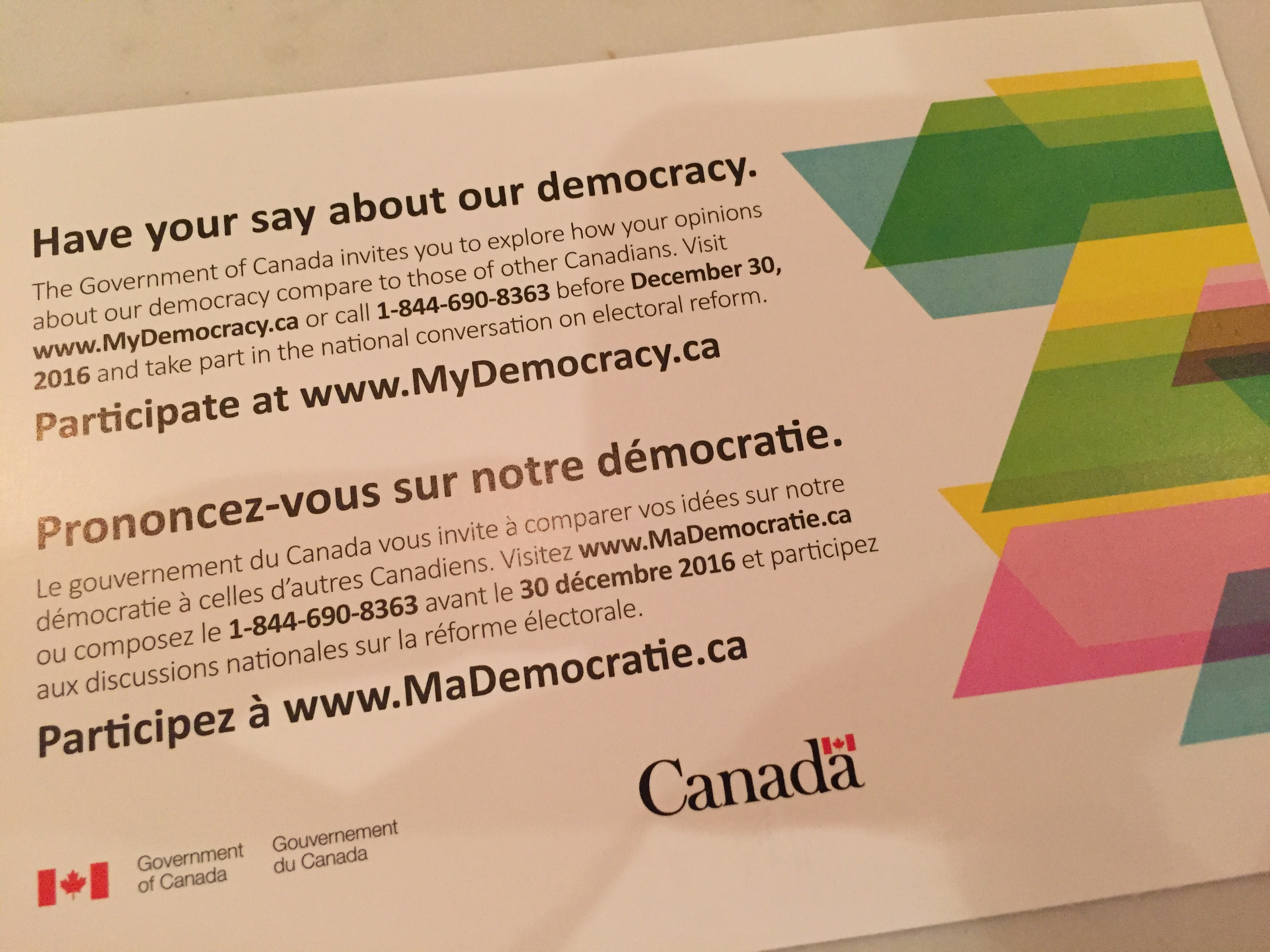 Look, this “democratic reform” file has been a fiasco from the start.  From four vague lines in the Liberal Party platform (promising bold change but not saying what the bold change would be), to now, when the whole thing has spiralled downward into Twitter hashtag farce (there some really good ones, too): it’s been a disaster, full stop.

I’m against all of the parties on this thing.  I oppose the “referendum solves everything” approach – favoured by Conservatives and separatists – because I still don’t know what the question would be.  (And, irony of ironies, what kind of referendum would it be? Fifty per cent plus one? Two-thirds? Ranked ballot style? And so on.)

And I’m against the Liberal approach, which is to tinker with democracy for no apparent reason whatsoever.  It may be imperfect, per Churchill, but our system of electing and governing is a Hell of a lot better than all of the alternatives, isn’t it?  Besides, if it ain’t broke, don’t fix it.  To wit: before now, was anyone standing around the water coolers of the nation, saying: “God almighty, I didn’t sleep again last night because our elected representatives are insufficiently informed about the Gallagher Index!”

Enough time has been wasted on this horseshit, politicians.  Donald Trump is bringing the world towards the brink of some sort of a war with China, and this is all you have to worry about?

Get a life.  It’s our democracy, not yours, you solipsistic, self-interested bastards.