These are some of the things that have helped to destroy the reputation of trial lawyers – even among those of us who used to be trial lawyers.  I’ve written about this many times before.

For months, the Toronto Star’s Michele Henry and Kenyon Wallace have been hammering ambulance-chasing, bottom-feeding members of the “personal injury bar” (that’s what they call themselves, without irony).  They have done an amazing job, and deserve a Michener nomination for it.

This morning, they revealed this:

Meanwhile, at Queen’s Park, Liberal MPP Mike Colle (Eglinton-Lawrence), inspired in part by the Star’s investigation, tabled a private member’s bill calling for all contingency fees to be capped at 15 per cent of the settlements awarded to accident victims.

Titled the Personal Injury and Accident Victims Protection Act, the bill requires contingency fee agreements to state clearly how lawyers will get paid, calls for a ban on lawyer referral fees, and makes all advertising by personal injury lawyers subject to pre-approval by the Law Society of Upper Canada. In addition, clients who have signed up with a personal injury lawyer would be granted a 10-day cooling-off period in which to cancel their agreement. The Law Society of Upper Canada recently made a series of recommendations regarding the same subject.

Private member’s bills rarely become law but Colle said the idea is to raise awareness of issues he is hearing about from accident victims and “put heat on the government to do something in this area.”

“For these accident victims who have been essentially hit twice, I’m trying to protect them,” Colle said.

Hit Twice is right. Various PC and Liberal MPPs have been musing about this kind of move for a while, but it has taken Mike Colle – who, in my experience, has guts to spare and isn’t afraid of the Greedy Lawyer Lobby – to do what Liberal, PC and/or NDP governments should have done long ago.

Want to get yourselves (re)elected, political parties? This is the kind of populist stuff that’ll do it.  Every time. 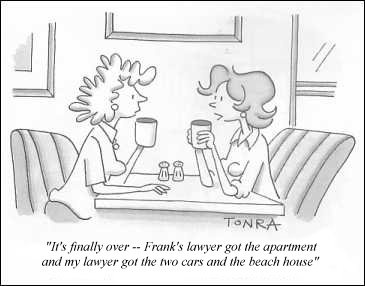