So, there’s these two guys, profiled last week in the Washington Post: 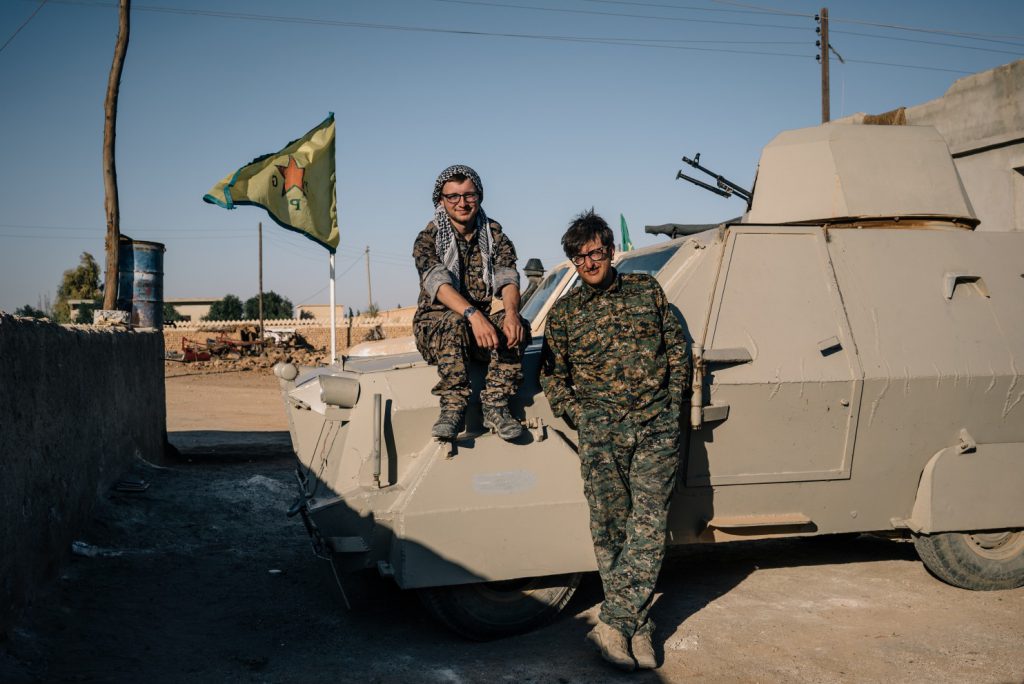 Lucas Chapman, left, and Brace Belden, U.S. volunteers with the People’s Protection Units, or YPG, pose for a portrait next to a homemade armored vehicle in a rear base near Tal Samin, Syria. (Alice Martins/For The Washington Post)

See that guy on the right, Brace Belden?  He and his buddy are anarchists, fighting ISIS.  Hollywood wants to make a big movie about them.  And Brace?  Brace is a punk rocker.

Now, check this out, from five years ago in Maximum Rock’n’Roll, the premier punk rock mag: 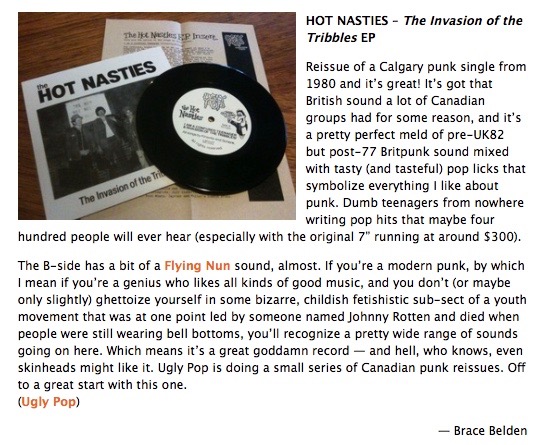 See that, bottom right corner? No less than ISIS-fighting anarchist punk Bruce Belden calls the Hot Nasties Invasion of the Tribbles EP the record of the week, and “great,” “pretty perfect,” “tasty (and tasteful),” “a great goddamn record,” and “everything I like about punk.”

We were, Belden says, “dumb teenagers from nowhere writing pop hits” – which sounds about right.  We were dumb teenagers (now we’re dumb adults).

Anyway.  All of the Nasties hope he is keeping safe over there, and we look forward to his return.  We will play Invasion of the Tribbles – the Palma Violets’ favourite – when we finally meet up.