Got an email and a letter: 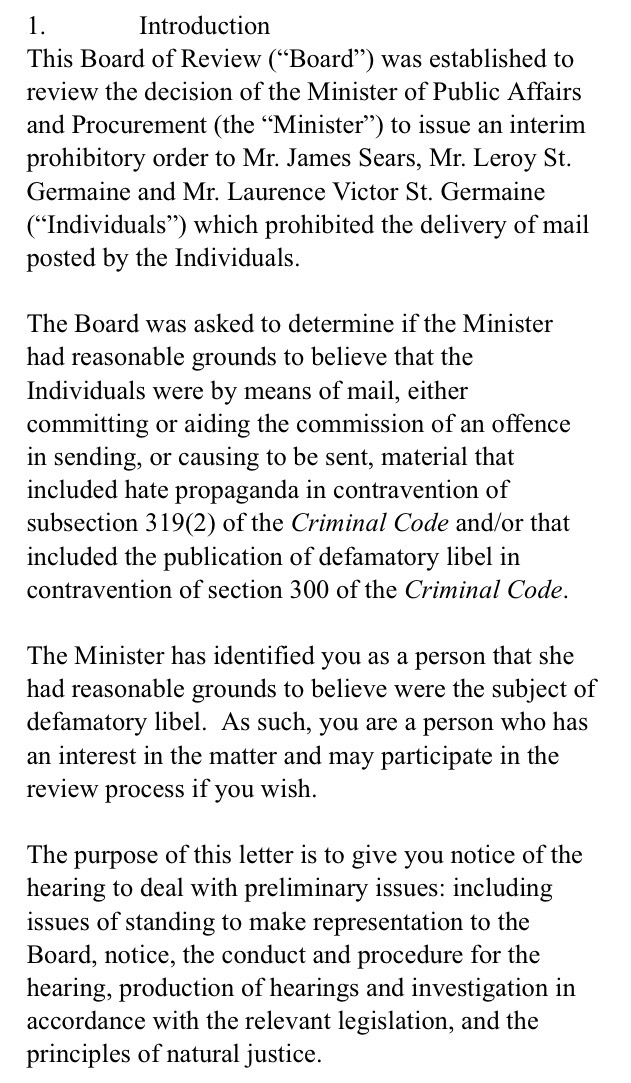 For the uninitiated, Your Ward News is a neo-Nazi rag a few of us have been fighting for many months. Details here and here and here.

The invitation, above, is to participate in a quasi-judicial investigation into Minister Judy Foote’s right and proper decision to tell Canada Post to stop delivering a hate sheet that denies the Holocaust and refers to minorities as “parasites” and regularly calls blacks the “N” word. It’s going to be important.

Should neo-Naziism be delivered to your mailbox? Where did these white supremacists and Hitler freaks get the money to publish – and, also, hire one of Canada’s priciest, slickest criminal lawyers to represent them? Why is a political leader saying “no, an agent of the Crown shouldn’t facilitate the dissemination of hate” even an issue?

All good questions. I’ve been involved in opposing organized hate groups for decades. So too the good folks at my firm, Daisy.  This battle will be one for the history books, I think, and it is about to get underway.