The relationship is direct, and undeniable.  Look at this fascinating graphic from the New York Times’ extensive coverage (and their cool interactive map here). 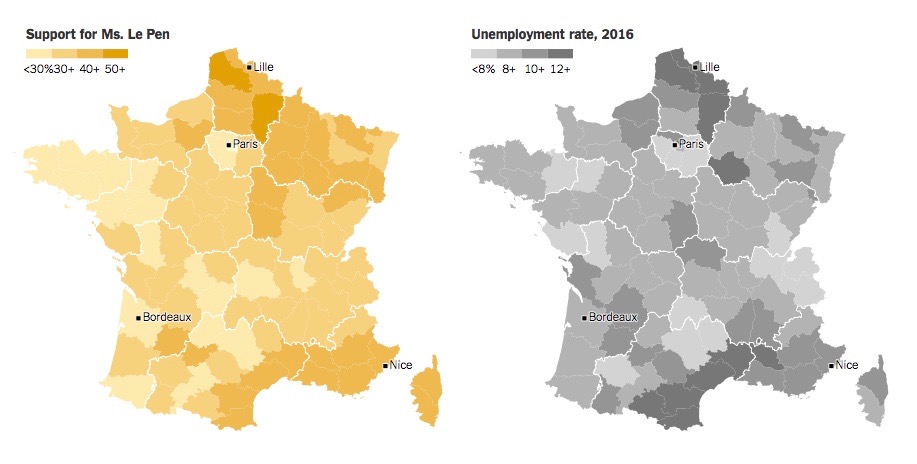 If you came from an area of high unemployment, you voted for the racist, anti-Semitic National Front.  There was a direct correlation.

Similar analyses were done with Brexit and Trump.  Check out this Brexit map via Oxford University, showing the desire to “leave” the E.U. was strongest in rural areas with low population density: 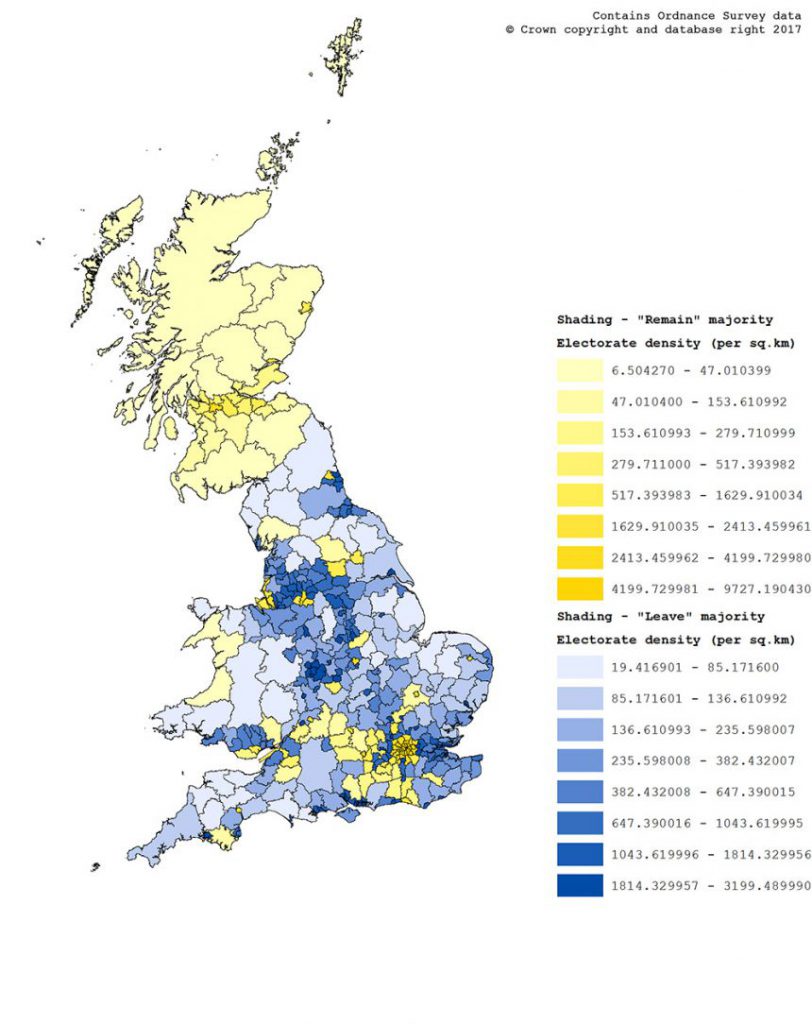 Finally, here is a fascinating and portentous early, early graphic showing the demographic that Trump always owned – the ones who feel they didn’t have anyone to speak for them (and about whom I wrote yesterday, in respect of France).  These are the “voiceless” people, and they are found disproportionately among Le Pen, Trump and Brexit supporters: 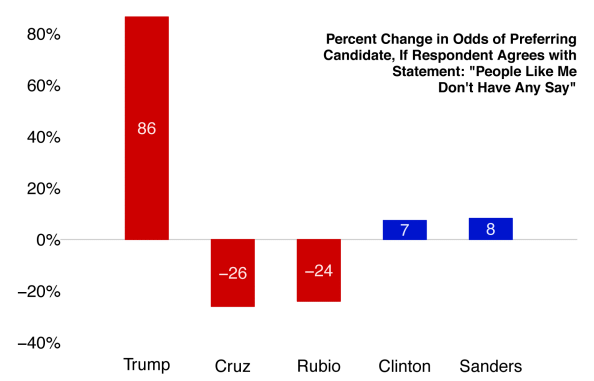 Remember Trump’s inauguration speech, the one George W. Bush called “weird shit”? Trump may have sounded unhinged, but he said the words “voice,” “forgotten,” “our people,” and “American” and “America first,” many, many times. Why? He knew who his audience was, and it wasn’t the same audience as the presidents who went before him.

To note that there is an urban/rural divide – and a chasm between the employed and the unemployed, the powerful and the powerless – is to state the blindingly obvious.  It isn’t a shockingly new insight, at all.  The divide always been there.  But the divide – and the resentments they breed – has gotten worse.

I wrote a book about it all, a few years back, and noted that progressives like me need to get better at the words and values stuff.  My take, which is as good a place as any to end, includes a chat with a leading American political linguist, and a discussion of…Donald Trump.

So when the billionaire birther Donald Trump was musing about seeking the Republican presidential nomination, [Geoffrey] Nunberg could only shake his head in disbelief. “It’s like the asshole of the month club,” he says of the Republicans, marvelling. “And they really are assholes. They were talking about Trump. So, when he was thinking about announcing [his candidacy], he went right to the top of the Republican polls.”

“[Trump and] the Right are better at values,” says Nunberg, who is taking a break from writing his next book at his San Francisco home to talk with me. “The Right has a natural advantage in the modern context, because a lot of the issues they are promoting are emotional issues – cultural prejudices that are easier to work with, linguistically, than some of the issues that Canadian Liberals and American Democrats are concerned with.”

Words and values: I’ve been saying the same thing for years. Want to beat the likes of Trump?

Reach out to the isolated, jobless and voiceless ones.  They don’t have to always agree with you.  They just need to hear from you.