New York Times: The Rebel is “far-Right,” and is aiding a white supremacist

…and, their “Washington correspondent” is involved in illegal hacking. See the full Times story, here.

The Rebel’s support for white supremacy and the Holocaust-denying National Front should surprise no one who has been paying attention lately – as seen here. Given what I used to believe about their founder, that surprises and disappoints me. But it’s real.

So The Rebel has fully embraced the dark side. That matters, and that will have real consequences for all of them.

But it also matters in this way: The Rebel initially promoted itself as a legitimate news organization. Many of us therefore (reluctantly) came to their defence when they were denied press credentials at the Alberta Legislature by the Notley government.

Well, the Notley government was right – The Rebel is no news organization. It is a far-Right propaganda vehicle that trades in illegally-obtained material.

It should be accredited as a news organization nowhere in Canada. 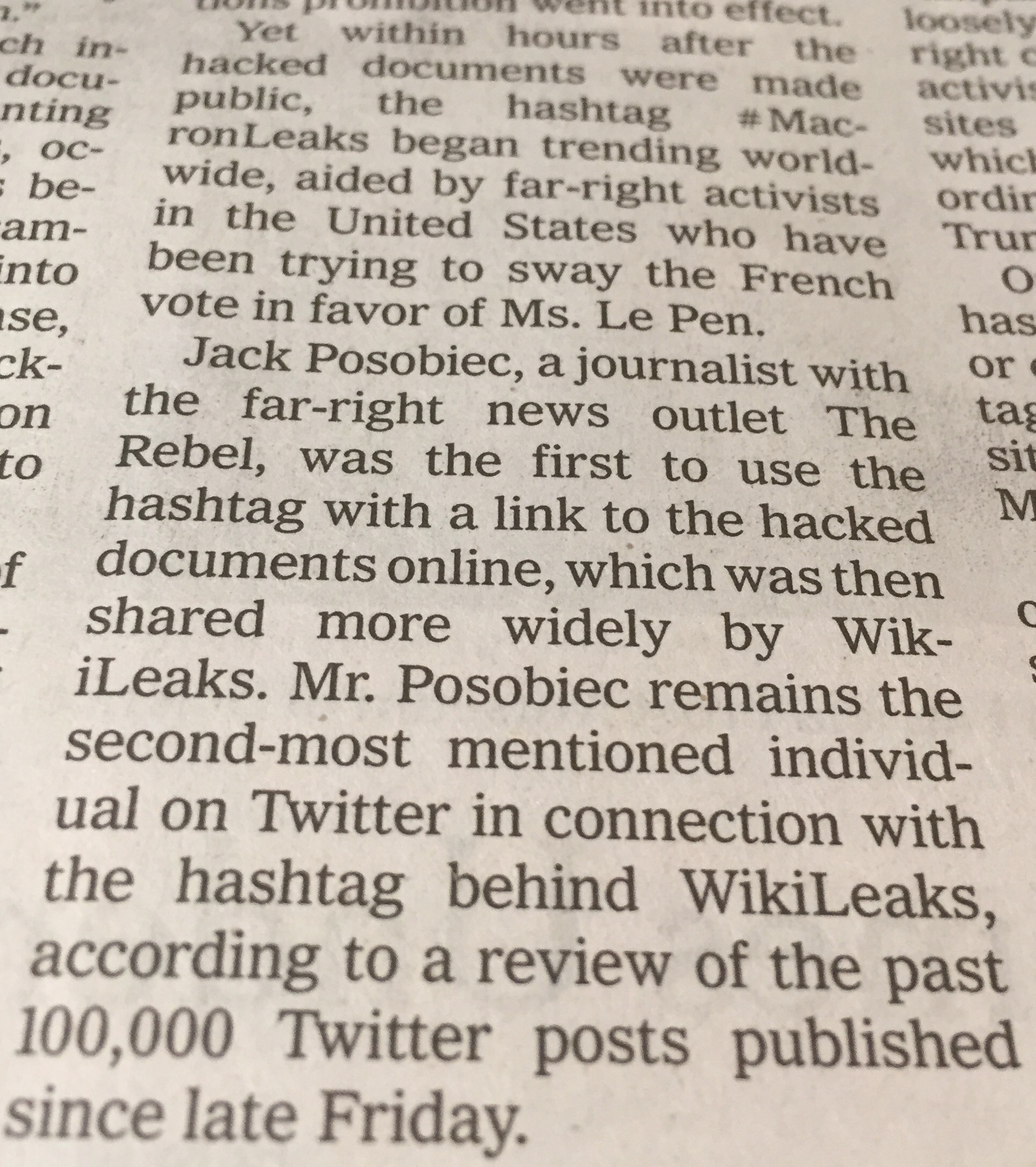 New York Times: The Rebel is a far-Right organization that trades in illegal material.