Check this out, from the folks at Campaign Research: 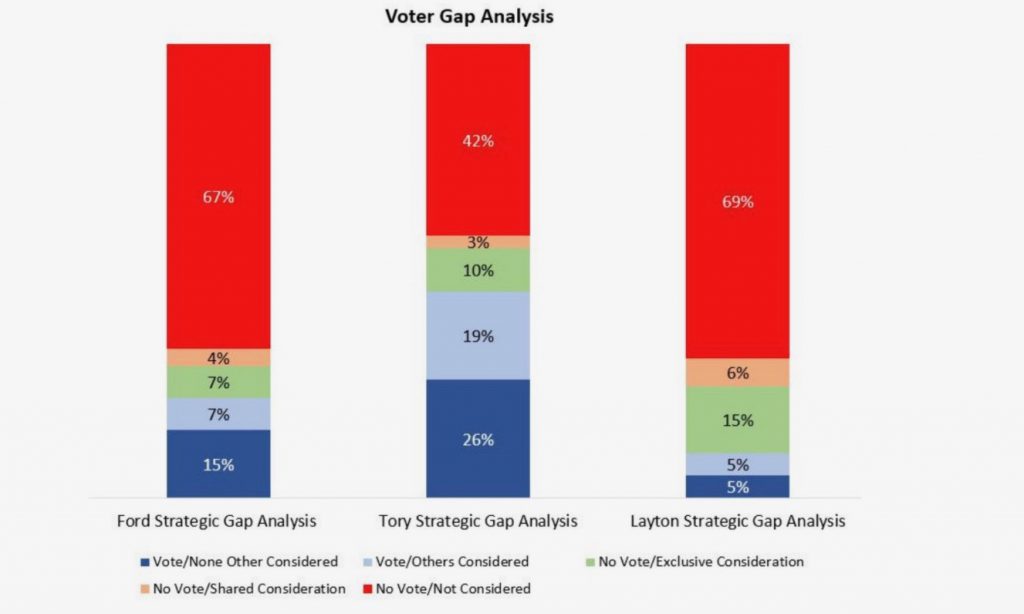 What does that all mean?  It means that – at this stage – Toronto’s mayor is in pretty good shape, I’d say.  Two-thirds of voters won’t consider either Ford or Layton.

John Tory has got a surprisingly big “net positive number,” and Doug Ford has a rather big “net negative” number.  And Mike Layton just isn’t that well-known.

The election is a long way away.  But it looks like Tory’s opponents have a rather steep hill to climb, even now.