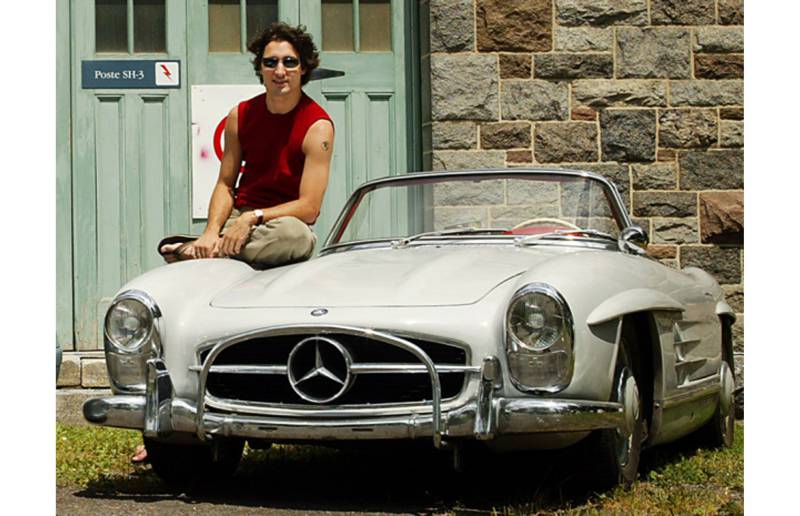 It’s hard to keep track of political revelations in the Trump era, true.  But back in August. you may recall that The New Yorker’s award-winning political writer, Ryan Lizza, published a big story about Donald Trump’s anti-Semitic, white supremacist muse, Steve Bannon:

Bannon has become friends with Gerald Butts, a longtime political adviser to the Canadian Prime Minister, Justin Trudeau. They met in New York during the transition and now talk regularly. Bannon sees Butts as a sort of left-wing version of himself. Last year, as the Prime Minister’s popularity was in decline, Trudeau pushed through a tax hike on the rich, and it helped him rebound.

Bannon wants to sell the idea politically by arguing that it would actually hit left-wing millionaires in Silicon Valley, on Wall Street, and in Hollywood. Bannon is one of the few Republicans in Washington actually to consider what has long been backed up by polling: many working-class voters who support Republicans are in favor of higher taxes on the rich. “There’s nothing better for a populist than a rich guy raising taxes on rich guys,” Butts told Bannon.

PMO never disavowed that story, and Butts didn’t tell The New Yorker’s fact-checkers what Lizza wrote was wrong.  So we can accept it as the truth.

The notion that Gerald would “become friends” with a known white supremacist and anti-Semite actually broke my heart, but that’s a story for another day.  The part that really interested me was that quote:  “There’s nothing better for a populist than a rich guy raising taxes on rich guys.”

Practice what you preach, goes the saying.  So, up here in The Great White North, of course, what Justin Trudeau’s top advisor was telling Donald Trump’s then-top-advisor to do was exactly what the Trudeau Liberals were doing – they were rich guys, raising taxes on other rich guys.

They said they’d do it in their platform, and in their budget, and on the hustings, they reminded us: rich guys were going to be targeted.

The Trudeau guys are not noted for their subtlety.  If they could get away with printing a budget on a pair of Star Wars socks, they’d do it, and then they’d put it up on Instagram.  So, to ensure we didn’t miss the arc of their narrative, Trudeau dressed up as Superman for Halloween, and Bill Morneau actually likened himself to Batman.  They were the millionaire superheroes, you see, saving the middle class from millionaires less philanthropic than them.

But the details got in the way, as they always do.  Morneau’s tax changes unfairly targeted small business, not big businesses like his.  Revenue Canada said it would start going after waitresses for their tips, and retail clerks for the clothes on their backs.  And then the whole thing ended in farce, with a secret French villa, set up to avoid the reach of tax collectors back here in the colonies.

The Conservatives, being led by a remarkably unremarkable fellow who also plays footsie with white supremacists and anti-Semites, shouldn’t be benefitting from all this.  He’s a dud, a nobody who has done nothing.  But, according to not a few pollsters, now, he’s competitive.  A Forum poll, this morning, says he’s been ahead of Justin Trudeau for months – right around the time that Bill Morneau started advocating against millionaires like him.

Voters will forgive lots of stuff.  But, to them, no sin is greater than hypocrisy.  As that pedophilic Republican Roy Moore is discovering the hard way, your personal life better reflect your public life, or else. Voters hate hypocrites.

That’s why Messrs. Trudeau and Morneau are in some trouble: they are rich guys who said they’d go after other rich guys.  But they went after the little guys instead.

There are a lot more votes on Main Street than Bay Street, as the smart progressive populists – Bill Clinton, Jean Chretien, Barack Obama – knew.  They always took care to be seen in Harvey’s and McDonald’s, and not the Ritz.

The Trudeau government is in some trouble.  It’s true.  And they’re in trouble not because they’re rich guys.  Politics is full of rich guys.

Can they recover? Sure.  But they need to smarten up.