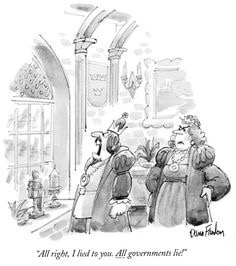 Making fun of people who you think are beneath you

One night, we were gathered around the kitchen table in Calgary, me and my pals were, and my Dad was listening to us. The conversation turned to astrology. I started making fun of people who believed in it.

“What a bunch of idiots,” I said. “They actually believe their personalities can be determined by the position of stars jillions of miles away. Morons.”

My chums joined in. Soon, we were loudly making fun of psychics, homeopathic medicine and the religious, too.

My Dad, who was a scientist, spoke up. “Gentlemen,” he said, in that quiet way he had, “there is nothing more cruel than mocking others for their harmless personal beliefs.”

And that stopped us cold.

Anyway. We have a new Governor-General, and she is a scientist too. In recent days, she got together with some fellow scientists and mocked people who believe in God, homeopathy and astrology.

Here’s direct quotes of what she said:

“Can you believe that still today…we are still debating and still questioning whether life was a divine intervention or whether it was coming out of a natural process let alone, oh my goodness, a random process.

…[or that] taking a sugar pill will cure cancer if you will it good enough and that your future and every single one of the people here’s personalities can be determined by looking at planets coming in front of invented constellations.”

According to the CBC, here, the folks there all had a good laugh. They thought people who believe those things are idiots, too, and  are therefore worthy of ridicule. Ho, ho.

But, you know, they’re not. And, just for the record, I’ve always thought astrology was kooky and that holistic medicine was goofy, too. I’ve always lacked proof that God, you know, exists.

Since that long-ago day my Dad taught us a lesson, I’ve religiously believed this: if a person believes something imaginary is real, and they’re not hurting anyone else, they should be left alone. If someone thinks they’re a “Leo” (as I apparently am), who fucking cares? Would it kill anyone to let them keep believing that?

People get through tough times by believing in imaginary things. For example, can you believe there is actually someone in Canada  who believes her title is “Her Excellency, the Right Honourable, C.C., C.M.M., C.O.M, C.D.”? Can you believe that this unelected person believes she is the “vice-regal” emissary of a family in Britain who are “royal” because God personally chose them?

Ho, ho. Can you believe that? Don’t you want to mock a person who believes that?

Personally, I don’t intend to. If she wants to believe in harmless fictions, let her.