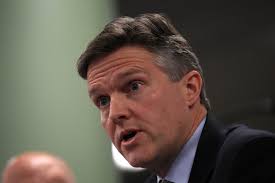 The pivot: Rod Phillips, and why Patrick Brown needs to emulate Jean Chretien

My old friend (“old” because we’ve known each other for just about two decades, not “old” because we are both, you know, older) Rod Phillips is running for Patrick Brown’s PCs in the riding of Ajax in the next provincial election.

Is it good for Ontario politics? It is.

I (and many, many others) encouraged Rod to run.  He is precisely the kind of moderate, fair-minded person we need more of in public life.  He can work with people of all ideological persuasions (e.g., Ontario Liberals appointed him to a senior position at the lottery corporation, and he leads the non-partisan CivicAction), and he has a proven record of success in the business world (e.g., he leaves Postmedia after lifting the newspaper giant into a net earnings position, as opposed to the net losses they encountered in the Paul Godfery era).

We got to know each other best when working for our mutual friend John Tory during John’s first mayoral run, in 2003.  I came to see Rod as a sober, sensible second-thought kind of guy – the kind of person we have precious few of, in these dark and dangerous Trump times.

His candidacy, then, is a big win for Patrick Brown.  But Brown needs to do more. And, for help, he need look no further than my former boss Jean Chretien.

In the difficult 1990-1993 period, Chretien faced three persistent criticisms.  One, he didn’t have any good ideas.  Two, he had a hidden agenda – what he was saying he’d do wasn’t what he’d said he’d do in the past (on everything from abortion to deficits).  And, three, Chretien didn’t have any star candidates, and his party was at war with itself.

He pivoted.  And, three back-to-back majorities later, I’d say he kind of did okay, you know?

Patrick Brown is beefing up his team with the likes of Rod Phillips and Caroline Mulroney.  Next, he needs to start teasing out his policies, to address the “hidden agenda” and “empty vessel” criticisms.  And, most of all, he needs to get better known – and convince voters that he represents (per Clinton) change, versus more of the same.

Can he do that? We shall see, soon enough.  I’ll only say this: if Kathleen Wynne could prove all the pundits wrong (including this one), and win big in 2014, Patrick Brown can win big in 2018, too.

Just hire more guys like Rod.  And, you know, copy that Chretien guy.