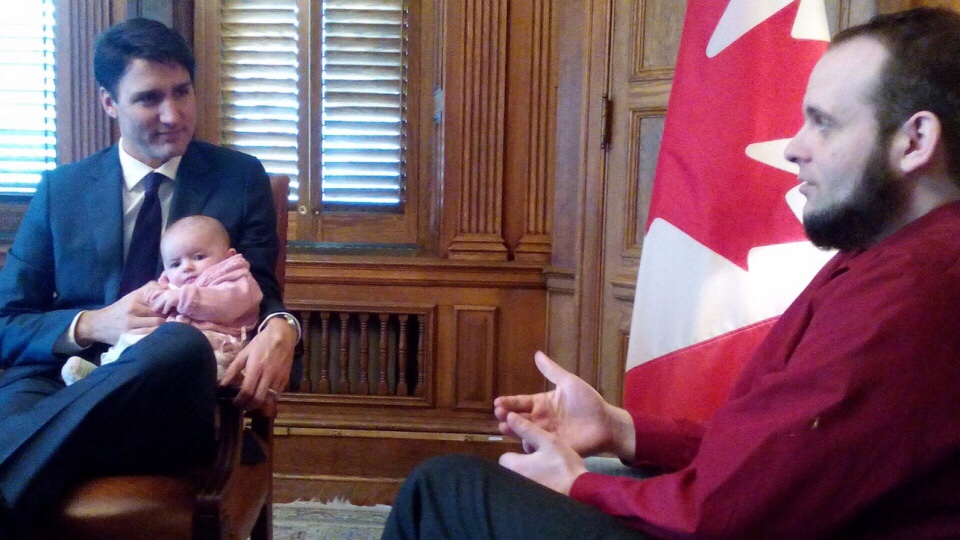 Not so long ago, I was in Vancouver at the same time as Jean Chretien.  He was there for his law firm, I was there for mine.  We decided to get together, in a spot down in Gastown.

It was sunny and a truly beautiful day.  Looking outside, Chretien suggested we go for a walk.  So, we left to take a walk – me, the former Prime Minister, and a single plainclothes RCMP officer.

Bruce Hartley, Chretien’s long-serving right-hand guy – and, frankly, the best EA in the history of Canadian politics – wasn’t with us.  He had business elsewhere.  So, Chretien, me and the cop strolled along Water Street, heading West.

People stopped and stared.  Japanese tourists took pictures.  BC Transit workers watched Chretien walk by, mouths agape.  Every few feet, Chretien would be stopped and asked for an autograph or to pose for a selfie.  It was a lot of fun.

The homeless guy now had the RCMP officer’s full attention, and mine, too.  I started pondering whether I could take a bullet for the greatest-ever Prime Minister, and concluded that I could and would.  But the homeless guy meant no harm.  He extended a grubby hand.  “Jean,” he said, giving a gap-toothed smile, “I just want to thank you for keeping us out of Bush’s illegal war in Iraq!”

Chretien burst out laughing, and so did I.  The Mountie relaxed.  Chretien gave the homeless guy five bucks.

Apologies for the length of this little anecdote, but it’s become relevant in recent days.  To wit: how does one get a meeting with a Prime Minister?

Quite a few folks are wondering about that, in the wake of the revelation that Justin Trudeau – a serving Prime Minister, and not just a former one – met with the rather-controversial Boyle family.  How did such a meeting happen?

The Boyles, of course, are the folks who were held hostage by terrorists and jihadists for half a decade in different locations in Afghanistan and Pakistan.  Joshua Boyle, the father, is a Canadian and was tortured and beaten.  Caitlan Coleman, his American wife, was raped.  Their three young children were born in captivity.

They returned to Canada in October and met with Trudeau in December.  The Boyles requested the meeting, apparently, and Trudeau agreed.  The Prime Minister received the Boyles in his Parliament Hill office, but precious few knew about it. After Christmas, however, the Boyles posted photos of the meeting on Twitter.  Eyebrows were raised.  Observers were puzzled.

When Joshua Boyle was last week charged with more than a dozen serious criminal offences – among them sexual assault, assault, administering a noxious substance, unlawful confinement and uttering threats – observers were more than puzzled.  Many, mostly of the conservative variety, were apoplectic.

In the National Post, Christie Blatchford wrote: “As Joshua Boyle, thank God, must be presumed innocent, so may Justin Trudeau be presumed to be merely stupid.”  Her colleague Chris Selley huffed that putting Trudeau together with Joshua Boyle was “a very strange decision,” a “bizarre misstep,” and a “backlash” is therefore coming that “could be legendary.”

“Legendary.” Could be.  Or, it could be – as in most things in politics – the most blasé explanation for events is the likeliest one.  This is Canadian politics, after all.

Would PCO have known?  Perhaps, but highly unlikely.  The Privy Council Office mainly provides advice to the Prime Minister and his or her government.  In my experience, PCO is highly controversy-adverse.  They write memos and place ATIP-less yellow sticky notes on binders: they are not in the business of manufacturing scandal.  PCO dislikes scandal.

For now, no one is talking on the record about who knew what, and when they knew it.  We can be reasonably assured that Justin Trudeau and his senior staff are justifiably unhappy, and have had some interesting chats with the RCMP.  When it returns at months’-end, angry questions in the House of Commons are inevitable.

In the meantime, however, the most bland explanation for l’affaire Boyle is the most likely: Joshua Boyle asked for a meeting, no one objected, so Justin Trudeau agreed.

Sometimes – as with homeless guys, just as it is with a former hostage of the Taliban – these things simply happen.