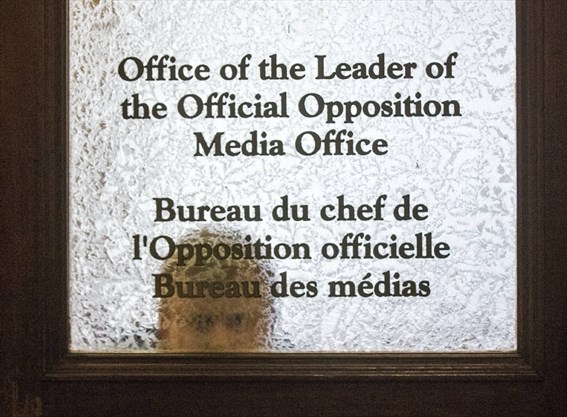 The Conservative MP shook his head.  We were in a restaurant at the Royal York Hotel in Toronto, getting caught up.

He’d just told me that a little-known backbencher named Patrick Brown was going to seek the PC party leadership. I’d told him all that I had heard about Brown was that he “had a zipper problem.”

The Tory MP shook his head. “I know this guy,” he said. “I’ve worked with him. His personal life is boring. He’ll win.”

And he did.  But his personal life sure wasn’t boring.

Two years later. Patrick Brown has asked to meet this writer. He didn’t ask that the meeting be off the record. I was curious.

We are in his big corner office at Queen’s Park. His Chief of Staff is there, too.

Brown is smaller than I expected. He seems anxious, a bit on edge. He asks me this: “What are the biggest problems I face?”

“I don’t have any skin in this game, so I’ll give it to you straight,” I said. ‎”You have three problems. One, nobody knows who you are. Two, nobody knows what you believe in.

“Three, you have a problem with women. The data says they have a holdback about you. You need to fix that.”

Brown didn’t look concerned. ‎ “We have a plan to deal with that,” he said.

He may have had a plan, but it didn’t work, did it?

It was late, late on Wednesday night. I had just posted about Brown’s emotional denial of a CTV story – one detailing serious allegations of sexual misconduct by the PC leader. While Brown spoke, his most senior advisors – guys I knew and respected and considered friends – sent me a joint sttaement. They’d all quit.

So. A regular reader – one who had asked me to speak at a #MeToo rally in Edmonton – tweeted at me. This is what she tweeted:

Thursday morning, as revelations about Patrick Brown‎ were still landing – and revelations about the just-dumped Nova Scotia PC leader, as well – Kent Hehr abruptly cancelled a funding announcement in Toronto. And Prime Minister Justin Trudeau announced he would be speaking to Hehr.

I contacted my Alberta friend. “Hey,” I said. “Your tweet got noticed.

This writer has been saying for weeks that #MeToo was going to hit Canadian politics. It has struck with a fury in Hollywood, the media, Washington and the cultural elite. It was only a matter of time before it took down the creeps and criminals slithering through the Canadian corridors of power, too.

There are other men who are about to be exposed. Count on it. The media have been on their trail for many weeks. Once it gets through the editors – once it is okayed by the lawyers – other men will be going down. It is overdue. It is needed.

One of these men is very, very powerful. The stories have been known about him for three years. They are in affidavits, plural.

His name will shock you.

It is up to the victims who swore those affidavits to step forward and tell their story. Not me or those like me. It will take courage – telling truth to the powerful always takes courage – but now, I’d say, is the time.

The country needs to hear their story, and judge.

I do not think the judgement will be in this man’s favour.

I was on my way to Calgary to start teaching at my alma mater, the Faculty of Law. A journalist contacted me. She asked me if there had been an increase in the number ‎of defamation cases, or warnings, aimed at women who speak up about alleged harassers and abusers.

“Impossible to know for sure,” I told her. “But it’s also impossible there aren’t many more cases out there. Women considering [telling their] #MeToo story should remember this: in law, the truth is an absolute defence.”

The journalist is unconvinced. “Yeah,” she says. “But truth ends up being the same old he-said-she-said game in court.”

“The balance tilts in favour of female complainants, these days,” I replied. “And appropriately so. Every lawyer knows that.”

She is still doubtful. She says so.

Me: “I’m telling you a cultural shift is underway. The law isn’t immune to that.”

“The time for them to speak out is now. Now.

“Something is happening out there. And it is glorious and overdue and righteous. It’s time!”

Before I board the plane, I hear from a former Prime Minister. I tell him what an honour it was to work for him – a man who married his high school sweetheart. A man whose conduct was beyond reproach. A man who never tolerated such conduct by his staff or his caucus or his cabinet. Ever.

“It was different, many years ago,” he says. “It was difficult for women to complain.”