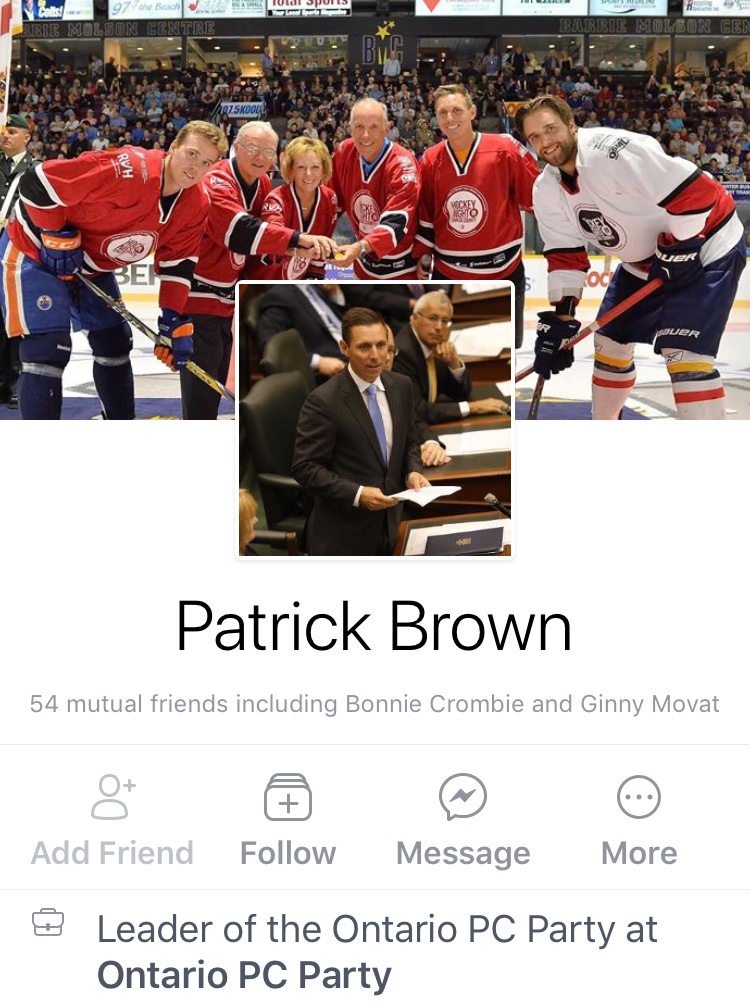 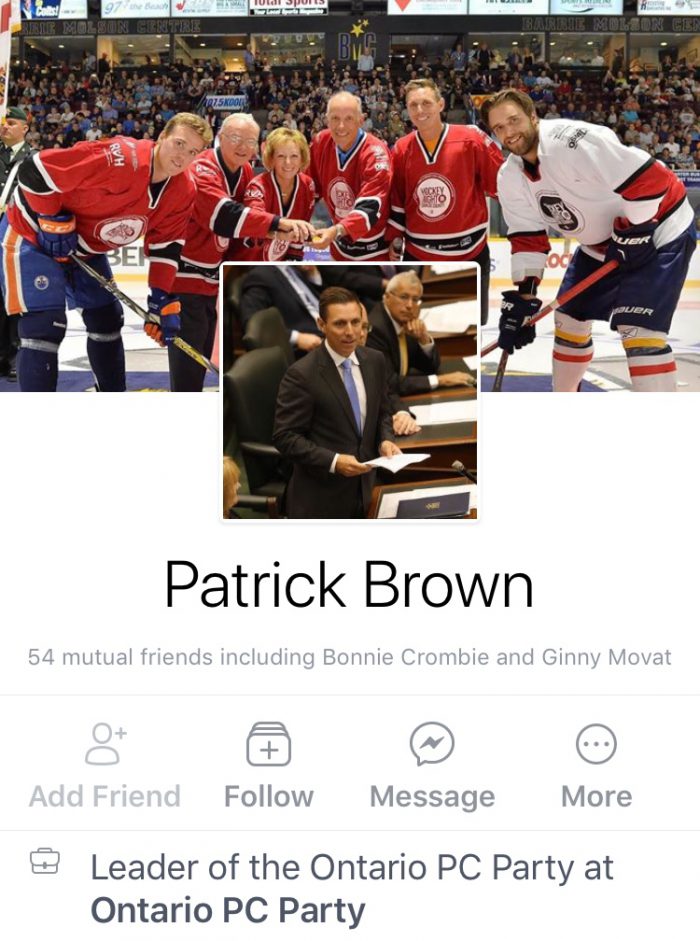 He has had “Progressive Conservative leader” on his Facebook profile for weeks.  Now we know why.

This guy is in (deserved) exile on Elba, and he’s still insisting everyone call him Emperor.  The Emperor wears no clothes, more like.

My view? Vic Fedeli needs to boot him out of the PC caucus – because the only coup conspirator appears to be Patrick Brown himself. This guy thinks he could be Premier? This is how he behaves?

Sources close to Patrick Brown say he never signed a resignation letter and is still leader of the Ontario PC Party, CityNews has learned.

The sources further claim the party leadership race is invalid and someone in the PC party crafted the resignation letter without Brown’s authorization or signature.

According to the sources, if the PC party goes ahead with the leadership vote on March 10, it could be met with a legal challenge.

The sources also said Brown is being encouraged to take his seat in the chair of leader of the Opposition when the legislature resumes on Feb. 20.“It is his rightful and lawful seat,” one of the sources said.

“This is an assault on our democracy. We can basically go into an election without a leader in June if the party pushes back.”

UPDATE: Oh, and check this out: here’s Brown’s own hand-picked lawyer – a guy who was the PC Party’s lawyer, until recently – over on Facebook. 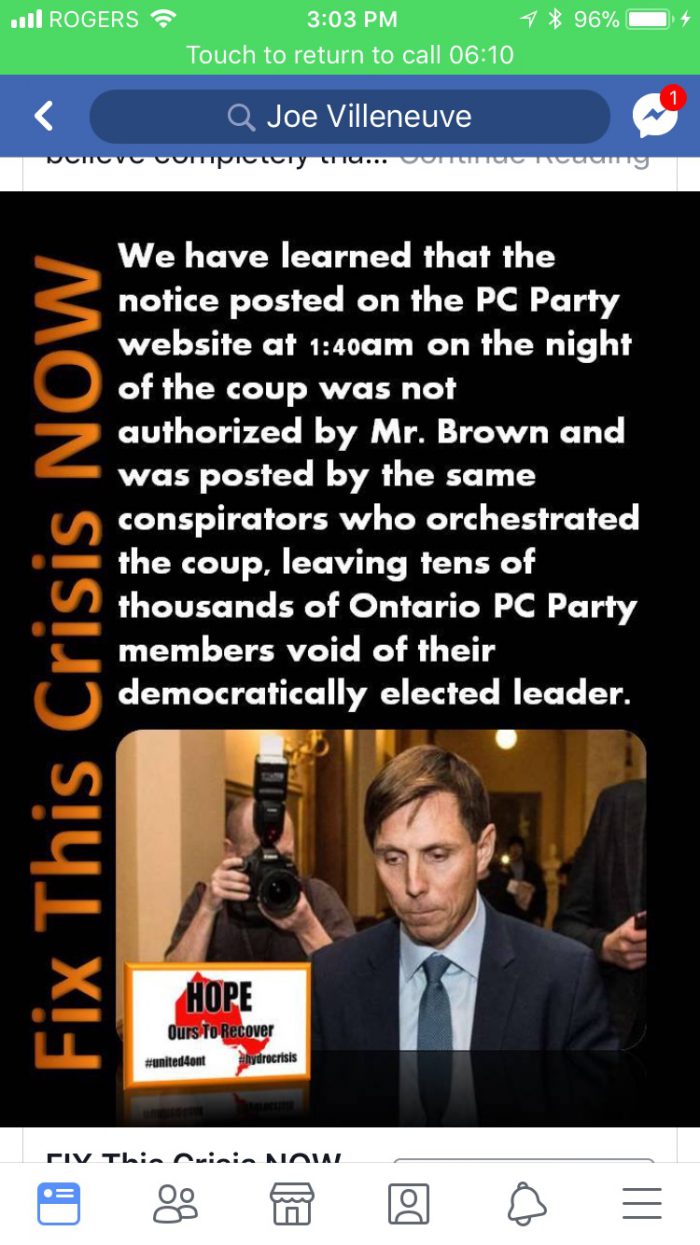 YET ANOTHER UPDATE: But, um, here he is, in his own words, telling Global that: “The resignation was sent out without my permission.” So which is it? Did you resign, or did you not resign?