Another unhappy PC person writes in

I thought this might be of interest since news can sometimes hit close to home — and your home includes the Beach (one of the ridings mentioned).

Apparently the rumour is that the successful candidates in these ridings have very close ties to that guy Snover Dhillon who’s been mentioned in newspaper articles.  I have learned lthat the Beaches-Woodbine riding was to have its nomination meeting in June, but it was cancelled on the afternoon of the meeting.  The meeting was rescheduled to September where Sarah Mallo was nominated as the candidate – through an acclamation.

You should also look at this guy: How to Lose an Election (when you’re ahead in the polls) – Part 6 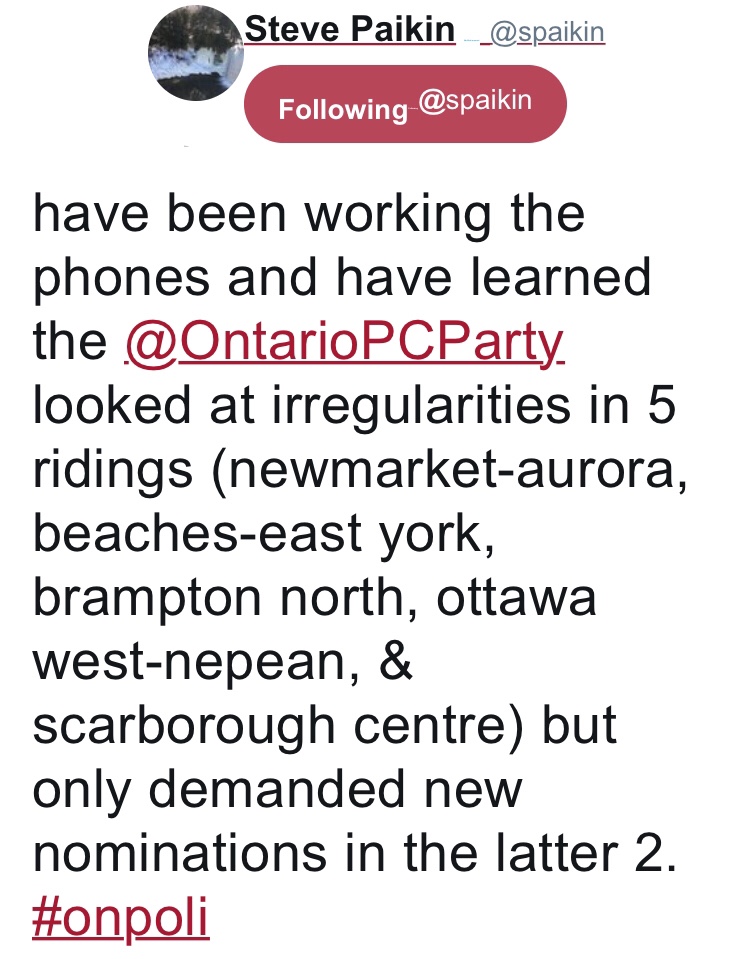