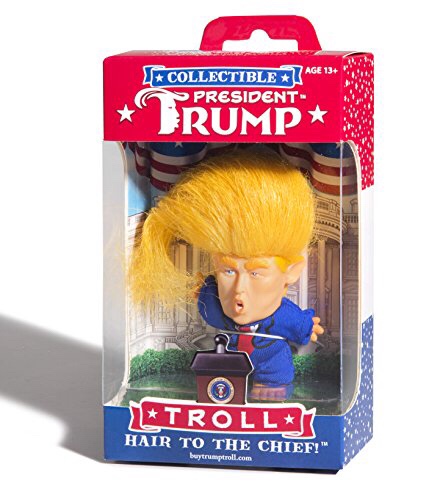 How to deal with online assholes

[From the archives, but still valid.]

I’ve been doing this web stuff – it’s a web site, people, not a blog – for almost two decades.

At the start, I didn’t have comments – partly because the web-site-based platform I used, designed by Bjorn and Boris, simply didn’t permit me to do so – and partly because I wasn’t wild about providing an open forum for some jerk to libel someone else, and get me sued in the process.

In 2007, I finally decided to give comments a shot. My web platform had been modernized, and the law had become a bit less muddy. So I opened it up, and was glad I did: I think my commenters are pretty darned smart, and they make me think. Hopefully they make you think, too.

Anyway. With the good, of course, comes the bad.

The trolls. The haters. The defamers. The stalkers. The assholes. Because they have no life – they tend to be unattractive, unsuccessful, unemployed men, between 30 and 55, who are consummate losers – the online world is where they live.

They have all sorts of fake names: Bocanut, Sattva, Skippy, others. They come and go, but one thing is constant: they hate. They live to make others feel lousy.

The New York Times has a fascinating story about these assholes I encourage you to read, here. It has some good tips on how to deal with haters.

Now, through a decade-and-a-half, I’ve developed some tips of my own. Here they are, for you to use, gratis:

• Call the cops: If they’re really bad – if they are persistently stalking or harassing you – call the police. This week, my wife and I again did that, and the neo-Nazis at Your Ward News will soon be hearing all about it.

• Expose them: Lots of tools now exist to track a hater’s IP, his geolocation, you name it. (Hell, I’ve got software they tells me what kind of computer and operating system trolls use.) Use them. When you are sure about a hater’s identity, shame them online. When you are unsure, seek help: whenever I do so, very talented folks always step forward to help flush the knuckle-draggers out. Thus, thanks to free online tools and online good samaritans, “Bocanut” becomes who he really is – Borys Demchuk, recently let go by Johnvince Foods of North York, who harasses women online. And who we’re going to sue (see below).

• Sue them: I have, plenty of times, and I’ve won plenty of apologies (see here). I sue when someone goes after my family, my business, or my professional reputation. Suing someone in Small Claims Court, for real and meaningful defamation, is your legal right – and it’s quite inexpensive and easy to do. You don’t need a lawyer – just a real case, and a determination to see it through. Take my word for it: when you hit them in the pocketbook, they thereafter tend to be much more careful. Or they disappear.

• Block early, block often: That’s the advice of my pal Steve Ladurantaye, and it’s advice I’ve been following for years. If some anonymous creep has been coming after you on Twitter, Facebook or elsewhere, block ’em. Their mission in life is to make others feel as worthless as they are – so don’t let them. Turn them off. You’ll feel better when you do.

• Read the Terms of Service: If a troll is relentlessly stalking you, defaming you, and upsetting you, check the terms of service for the web platform they favour. Inevitably, their attacks will contravene the rules. Carefully document what’s happening and file a complaint. Nine times out of ten, the troll will be shut down.

• Consider the source: The Internet is a bit of an equalizer, which is good: it gives a voice to people who would not otherwise have one. But there’s an unhelpful side to that, too. Namely, it gives a platform to cruel bastards, one that sometimes seems far out of proportion to their significance in real life. So, always consider the source: if some anonymous piece of human garbage is sliming you on Twitter, check their metrics: you’ll inevitably find that they are followed by no more than a dozen people. That is, practically nobody cares about them. You shouldn’t, either.

• Consider what they have to say: Sometimes – just sometimes – a critic will have something to say that you need to consider. Sometimes, their criticism of you will be right. Sometimes, a critic won’t be a troll; sometimes, they’ll be a thoughtful person with some thoughtful (but critical) things to say. Heed them, if you can. I try to, by opening up comments every day – and I inevitably receive criticism that gives me pause. Criticism doesn’t always equal hate.

Anyway, that’s my list of tips and tactics. Hopefully, you found it useful. And, if you didn’t, I say: