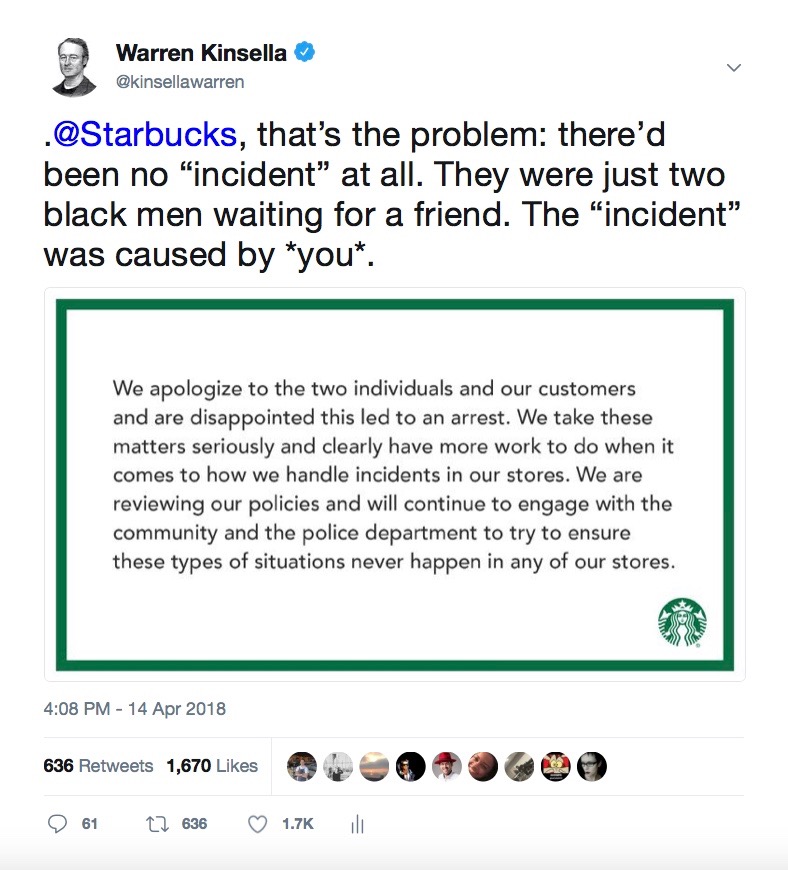 The white, female Starbucks manager called the police, who came and arrested the two men.  They were led away in handcuffs, while other patrons, all white, shot videos and protested what had happened.  The two men were eventually released, without charges, in the middle of the night.

.@Starbucks, that’s the problem: there’d been no “incident” at all. They were just two black men waiting for a friend. The “incident” was caused by *you*. pic.twitter.com/xalGzxWZuA

That tweet was retweeted more than 600 times (and counting), including by author Cory Doctorow. It was “liked” close to 2,000 times. And Twitter said that it had been seen more than a quarter million times.  The videos of the arrests were seen many more times than that.

That all reminded me of three things:

What does it all mean?  It means the beast of racism is still awake, and that social media can alternately feed and punish it. It means that Starbucks can be counted on for only lattés, not wisdom.

Also: everything sucks.  One step forward, two steps back.  Always.