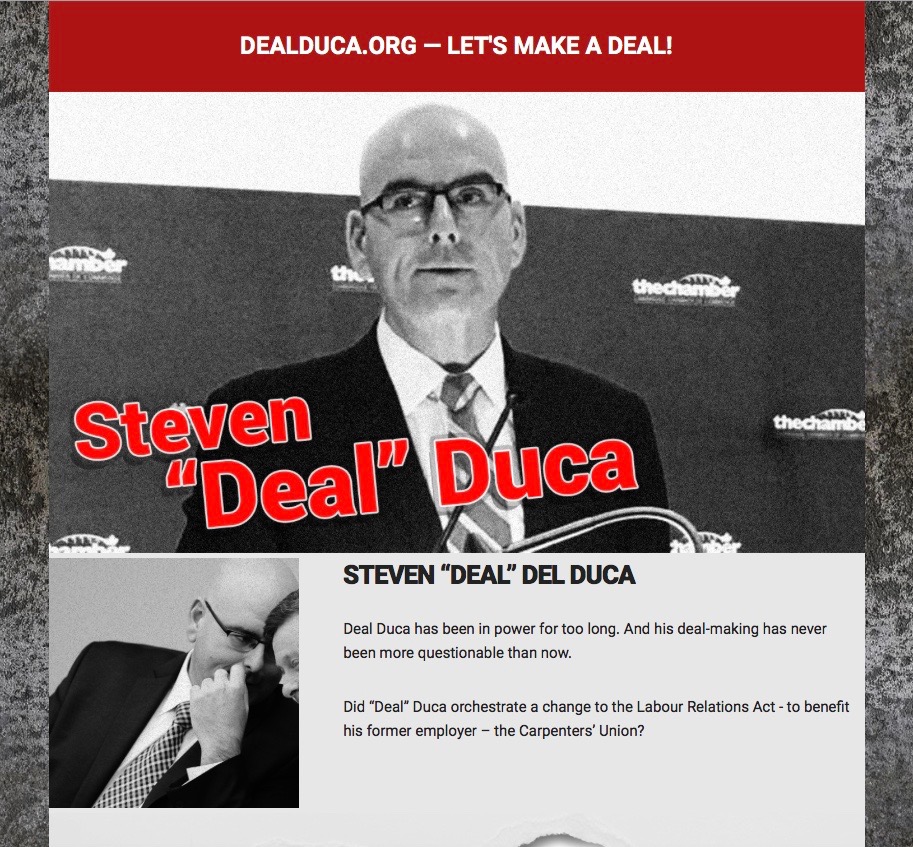 My view, expressed below, is this: the biggest story of the Ontario 2018 election isn’t so much the Orange Crush™ or whether DoFo was the wrong choice.  It’s the total collapse of the Ontario Liberal vote.

Case in point:  this LiUNA effort – which isn’t pro-Tory or pro-Dipper as much as it is anti-Wynne (and, specifically, Carpenter’s Union pension-holder Steven del Duca).

This election is extraordinary.  As with this web site, I believe it will be remembered for one thing: how voters of every persuasion came together not so much to reward Andrea Horwath or Doug Ford – but more to punish, and drive out, Kathleen Wynne.

As I – and, um, me myself and I – have been saying for a long time, all this could have been avoided, if (a) Kathleen Wynne had taken a walk in the snow a year ago; (b) if the OLP had fired The Wizard™ and The Board™ she had hired and grossly enriched, and (c) new blood and ideas had been brought in.

They didn’t do any of that.  What they got, as a result, is stuff like www.dealDuca.org.  Across the province. 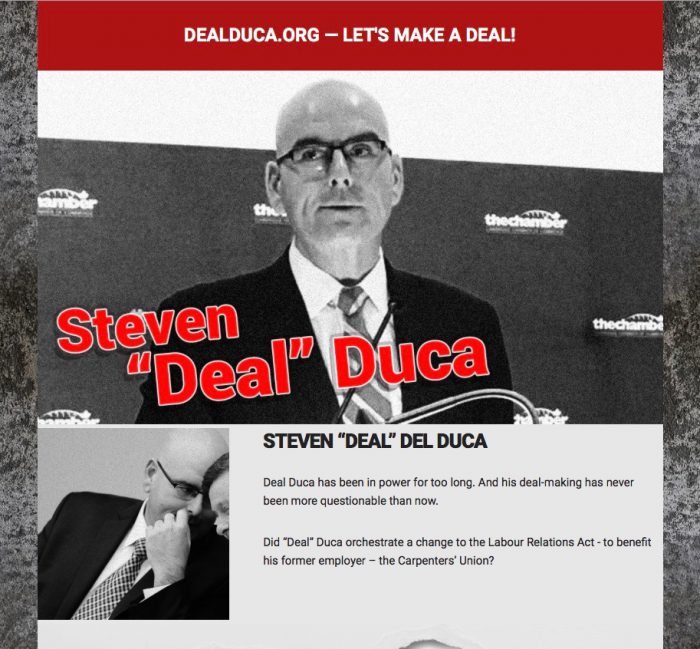